Would You Marry The Same Dude Again? Unprecedented Numbers Are Choosing Just That Option. 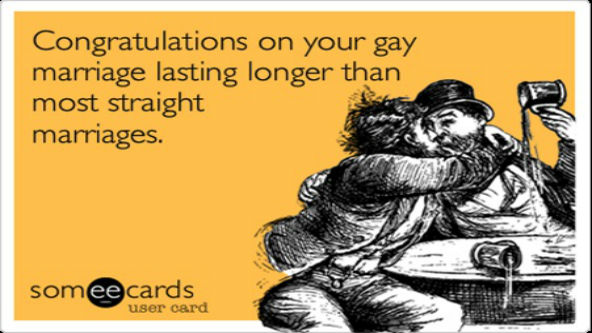 If you had a chance to renew your wedding vows and choose all over again to ‘love and to cherish’ the same man or woman you settled for ten or 20 years ago, would you do it? That’s the choice that many gay couples are saying a whole hearted “Yes” to, as the right to wed across gender boundaries expands.

As New York magazine reports, the first wave of gay marriages is made up disproportionately of older couples, many of whom have been in stable relationships for years and now have a chance to opt into marriage. And because half of all divorces occur within first seven to ten years these couples are already at low risk. 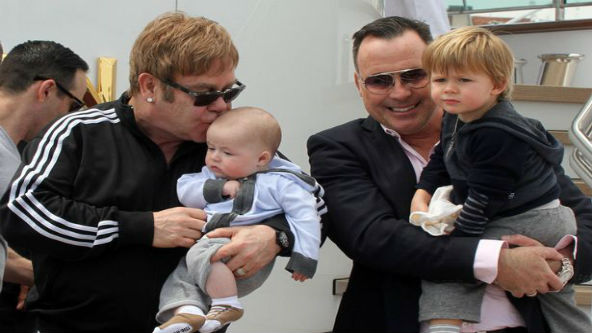 Sir Elton John and David Furnish are typical of the trend – together 21 years,  wed in one of the first civil unions in the UK in 2005, and now choosing to get married again this month as gay marriage becomes legal in the UK, this time with their two young sons by a surrogate Mum, aged 3 and 14 months in attendance.

Last time they had a huge party to celebrate, but this time round as fathers with young children they say “with the kids, things are different.” It will be a quiet private ceremony with their kids.

Sociologists have coined the phrase “reinforcing marriages” for heterosexual couples who decide to marry after many years of cohabiting, and now like Sir Elton many gay couples are deliberately choosing marriage over civil unions.

Comparing data from states that offered solely civil unions to those that offered gay marriage, 30 percent of same-sex couples chose marriage, while only 18 percent chose civil unions. In Massachusetts, where gay marriage has been legal for a decade, more gay couples are married than are dating or cohabiting. (Using 2010 census data, researchers estimate that a staggering 80 percent of same-sex couples in the state have now married.)

In other words, we’re seeing an unprecedented tide of marriages not just mid-relationship, but in midlife — which may be one of the most under appreciated side effects of marriage equality, says New York .

Coming Out At Your Wedding

“Love when you are 22 is different from love when you are 52, gay or straight. Most of us are more immersed in social circumstances that give us plenty of partner options at 22 (especially college or some kind of club scene) but fewer options present themselves at 52.”

The wedding is a big occasion in more ways than one for many of these couples, the majority of whom have not come out to their parents before they announce their wedding plans.

David Furnish told the Daily Mail he remembers “trying to come out to my mother and unfortunately going to all the negatives. ‘You’ll never get married. You’ll never have children. You’ll never be accepted by society. You’ll be prejudiced against. You won’t have a future’.

‘We’re living in extraordinary times. My God, 20 years ago, when I started seeing Elton, if you asked me if I’d be able to get married, if I’d be able to have children, it was unthinkable, literally unimaginable.’