Forget everything Al Pacino told you. Turns out the scent of a woman, or a woman’s tears at least, can actually be a real downer in the bedroom. 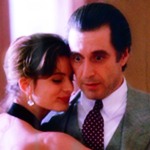 New research published in Science journal shows that men who get even a whiff of women’s tears experience a drop in both testosterone levels and sex drive. Even more remarkably, this libido-killing effect was found in men who were weren’t even aware there was a woman crying, but were merely exposed to a sample of the liquid!

These findings are the first to indicate that humans can communicate even with chemical signals in tears – a.k.a. ‘chemosignals’. And interestingly enough, they appear to work independent of consciously discernible odours.

In other words, even when you can’t smell anything, chemosignals may be influencing you!

So. How does all this chemosignal magic work, exactly? Well…

The scientists discovered that emotional tears contain higher levels of protein than regular tears that protect the eye.

To investigate this promising lead further, a group of men were asked to sniff either an inert saline solution, or women’s tears (both had been allowed to roll down a woman’s cheeks to eliminate skin odours as a confounding factor). The study was double-blind, with even the experimental team unaware at the time which sample was being presented each time.

The results were clear: sexual arousal dropped in men being presented with the ‘emotional’ tears solution. What’s still less clear though is the precise chemical or group of chemicals responsible. The research team are confident they’ll soon be able to narrow it down with future research.

Of course, the commercial applications are almost endless! Just imagine, a ‘down-boy’ spray, tailor made to take the zing out of an unwanted man’s spring! 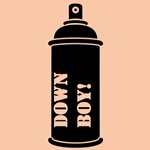 What’s your opinion? Have you had any personal experiences that confirm the effect of women’s tears on men’s libido? Or is the notion of subconscious communication via chemosignals a little too far-out sci-fi? And do you think there would really be much of a market for a ‘down-boy’ spray? Let us know, we love to hear your thoughts!