He’s almost as well known for his support of dope smoking as he is for his music, so it’s probably no surprise country music old timer Willie Nelson is about to launch his own legal cannabis brand, Willie’s Reserve.  Like a grand old port, the cannabis world is about to get its first connoisseur brand.

The main surprise might be that at 81 Nelson still has the energy to bother.

But if there’s any suspicion it might be family members eager to trade on the name of an old activist, brand spokesman Michael Bowman is giving assurances to all and sundry that the new venture is “a culmination of Willie’s vision and his whole life.”

The company will develop its own pot strains and growers who want to sell through his stores “will have to meet certain standards, such as carbon output.”

Saving His Throat For Singing 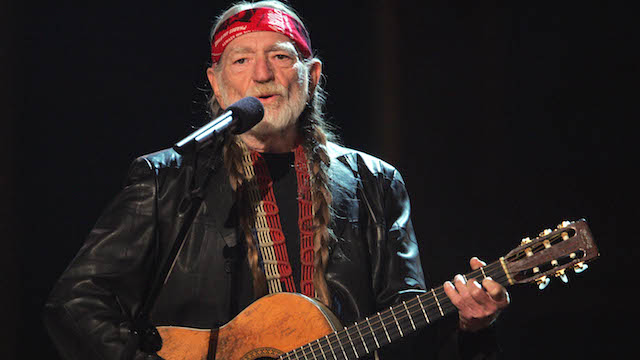 With marijuana stores likely to be legally open in several US states by next year,   Willie plans sustainably grown weed to be sold in his Willie’s Reserve stores in the next calendar year.

He now uses a vaporiser for his smoking – he plans to sell those in his stores as well – because “It means there’s no heat and no smoke, which is better for the throat of an old singer. But every so often someone will pass me a joint, and it would be impolite to refuse.”

Willie is a long-time advocate for both pot legalisation and environmental activism; he owns the bio-diesel brand BioWillie, which is made from vegetable oil and available from select petrol pumps in Hawaii, where Willie has one of his homes.

As an interview with Daily Beast noted, he has been arrested for marijuana possession several times, most recently in 2010, when six ounces of the drug were seized from his tour bus in Texas.

In 1970, while living in Tennessee, Nelson’s home suffered a devastating fire. The singer-songwriter reportedly dashed back into the blazing house to save his stash.

And In a 1980 interview with People magazine, he revealed, “I had this pound of Colombian grass inside. I wasn’t being brave running in there to get my dope; I was trying to keep the firemen from finding it and turning me over to the police.” 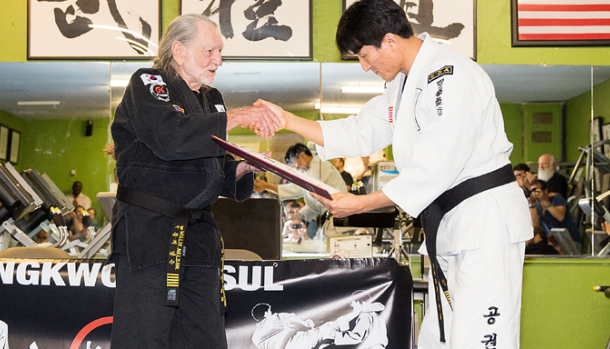 He’s always been one to live life to the fullest. In an interview with the UK Telegraph three years ago when he was 79 he said he’d always been interested in keeping fit with boxing and wrestling.

“As a youngster, I loved Charles Atlas, Bruce Lee and Kung Fu. But when I lived in Nashville I switched to doing Taekwondo,” he told Martin Chilton.

At the age of 78, he got his 2nd degree black belt, and says “singing is the best exercise – two hours a day will keep you in pretty good shape. I think it’s very important to learn from your own body. It doesn’t lie to you. If it feels good, do it. If it don’t feel good, don’t do it.”

He enjoyed popular success with his memoir Roll Me Up and Smoke Me When I Die dispensing his own brand of corny jokes and home spun advice.

He put out two new albums in his 80th year, including an album of duets Who All The Girls Are featuring duets with Emmylou Harris, Rosanne Cash and Barbra Streisand – and Dolly Parton. And last year at 81 he got his 5th degree black belt.

As a recent review of his show noted: “There’s something refreshing about the way this American icon is embracing his mortality. The hands that stroke the worn body of Trigger (his guitar) are strong again after carpal tunnel surgery.

“During the recovery period, Nelson took the opportunity to write a few songs about his age, the ironic “You Don’t Think I’m Funny Anymore,” and “Superman,” which is a sly comment on his past run-ins with the law: “Too many pain pills/Too much pot/Trying to be/Something I’m not … Superman.”