What Science Tells Us About Long & Happy Marriages

Dr John Gottman and his wife Julie Swartz Gottman are psychologists who have spent the last 40 years refining a science-based method to build happy marriages which includes the best-selling Seven Principles For Making Marriages Work program.

Over that time the Dr John has observed more than 3,000 couples, uncovering patterns in the way they communicate and relate that accurately predict whether a couple will be happy or divorced ten years later.

And although you may believe love is all about emotion, not data-driven science, Dr Gottman has got amazingly consistent results. One study found he could predict with 94 per cent accuracy which couples would stay together and which relationships would turn toxic.

Yet for all that, Dr John and Dr Julie are honest enough they don’t have the magic answer for everyone.  Both were previously married before they met and wed, as they told interviewer Eve Fairbanks they do not think the principles they’ve unearthed could have saved their first marriages.

The Magic of Love

As Atlantic magazine reported John Gottman began gathering his most critical findings in 1986, when he set up “The Love Lab” with his colleague Robert Levenson at the University of Washington.

Gottman and Levenson brought newlyweds into the lab and watched them interact with each other. With a team of researchers, they hooked the couples up to electrodes and asked them to talk about their relationship, like how they met, a major conflict they were facing together, and a positive memory they had. As they spoke, the electrodes measured the subjects’ blood flow, heart rates, and how much they sweat they produced. Then the researchers sent the couples home and followed up with them six years later to see if they were still together. 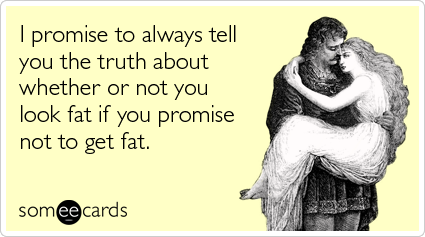 Depending on what the data showed, Gottman divided couples into two groups: The masters, who were still happily together six years later, and the disasters, who had either broken up or were chronically unhappy in their marriages.

And when researchers examined the data, they found clear differences in the responses and relationship dynamics the two groups.

Although some of the disaster couples might have seemed calm on the surface, their electrodes told a story of heightened heart rates and sweating:  the data revealed that the more physiologically active the couples were in the lab, the quicker their relationships deteriorated over time.

Why Was Sweating Predictive of Future Happiness?

So why was the physiological read out accurately predictive of future happiness? Gottman and his team put it down to the similarities between being in flight or fight mode.

Even when disaster couples were having a calm conversation with their partners, their body was telling them to get prepared for attack.

In contrast, the masters couples felt calm and connected together, which translated into warm and affectionate behavior, even when they fought.

They had created a climate of trust which did not require an “attack” response even when they disagreed. Contempt they say is “sulphuric acid for love” and erodes the immune system.

Positive and Negative in Marriages

John and Julie Gottman have perfected their “science of relationships” in their own marriage over 30 years, as interviews with them show.

They say in the early days they fought over many things – like buying a second home on a forested island three hours north of Seattle, a dream Julie wanted and John did not, inspiring a technique they called “dreams within conflict.”

Together they imagined that a happy relationship was built consecutively in seven layers.

The foundation was a strong friendship, based on John’s laboratory findings that couples who spoke more fluidly and in more detail about each other and their pasts were more likely to stay together.

Then came sharing admiration, “turning towards” each others’ bids and developing positive feelings about the coupling.

Once that had all clicked into place, a pair could proceed through learning to manage their fights with, among other techniques, a process they dubbed “dreams within conflict,” whereby people try to see the positive dream inside what looks like a partner’s negative position.

At the top–the pinnacle of a great relationship–came helping each others’ dreams come true and building a shared sense of purpose, like volunteering or traveling the world.

The Seven Principles For A Happy Marriage – Dr John Gottman