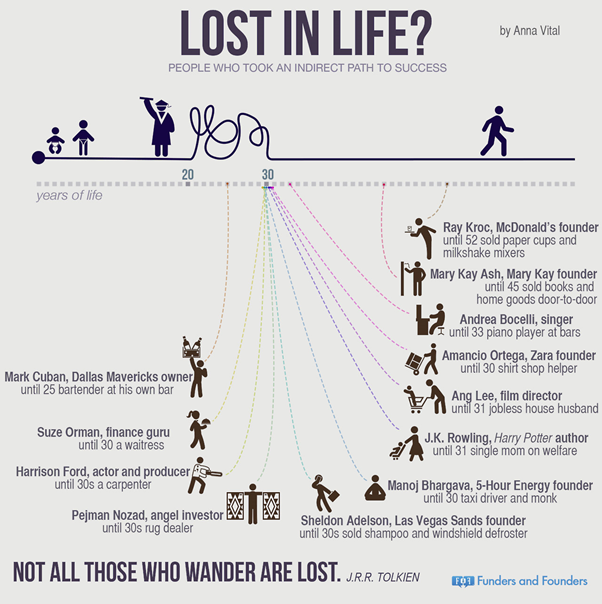 (Infographic from San Francisco-based start up organization Funders and Founders.)

I never thought of starting a business in my 20s, 30s or even early 40s.  I was having too much fun being a journalist and then editor of a range of national publications, from Sunday newspapers to interior and cultural magazines. It was only when I’d exhausted those avenues and looked at my anaemic retirement fund that the thought struck; I’d better start using my prodigious energy looking after my bank balance, instead of meeting corporate targets.

That’s how I discovered the best fun you can have with your clothes on as they say – building the Intenza health products company into the success story it is today.

Business Success For Girls Of All Ages 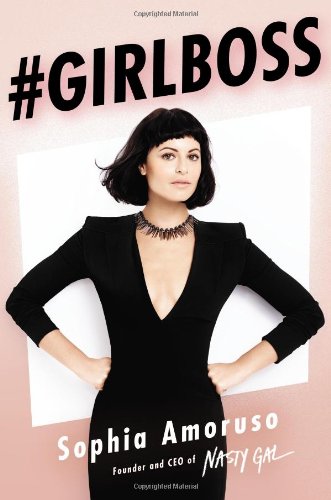 I won’t see 65 again, but I feel privileged to have the excuse to learn all sorts of new stuff every day that I wouldn’t have any cause to know about if I wasn’t building a business. And I have other big unrealised dreams for myself that don’t involve either the health business or lying on a beach in Greece.

While the phrase “entrepreneur” or “start up” has become pretty well synonymous with geeky girls and boys in their 20s – girls  like #GirlBoss author Sophia Amoruso  who has grown Nasty Gal, from an Ebay outlet to a $US100 million-plus online fashion retailer or – on a smaller scale – Posse founder Rebekah Campbell, there’s still room for late bloomers who get a good idea they want to pursue past 40.

Entrepreneur magazine has profiled a raft of business leaders who started successful businesses after the age of 50. Inc magazine did the same with a feature on late bloomer entrepreneurs who included Intel’s Thomas Siebel (started the company at 45) and LinkedIn’s Reid Hoffman (started the professional networking group at 35, took it public at 43)

And then there’s the entrepreneurial folk heroes of the earlier generations like Ray Kroc, the founder of McDonald’s, who sold paper cups and milkshake mixers until he was 52, Coca Cola founder John Pemberton, who had to reformulate his beverage at the age of 55 to meet new temperance laws and Colonel Sanders of Kentucky Fried Chicken fame who founded the company at 65 and went on to become a multimillionaire.

Mary Kay Ash, founder of cosmetic behemoth Mary Kay Cosmetics, quit in protest at the age of 45 after she excelled at her sales job with a home decor company only to have a man she had trained promoted over her at twice her salary.  Thirteen years after her death (in 2001) Mary Kay is has an annual turnover of $US3 billion company and employs over a million sale consultants world wide.

Fret not if you are over 40 and have yet to start your own business. The advice Entrepreneur magazine offers is: “There’s still time. And chances are, if you’ve worked a while, you’ve learned a thing or two about life and business that will be helpful, too.”