The Love Of a Good Woman 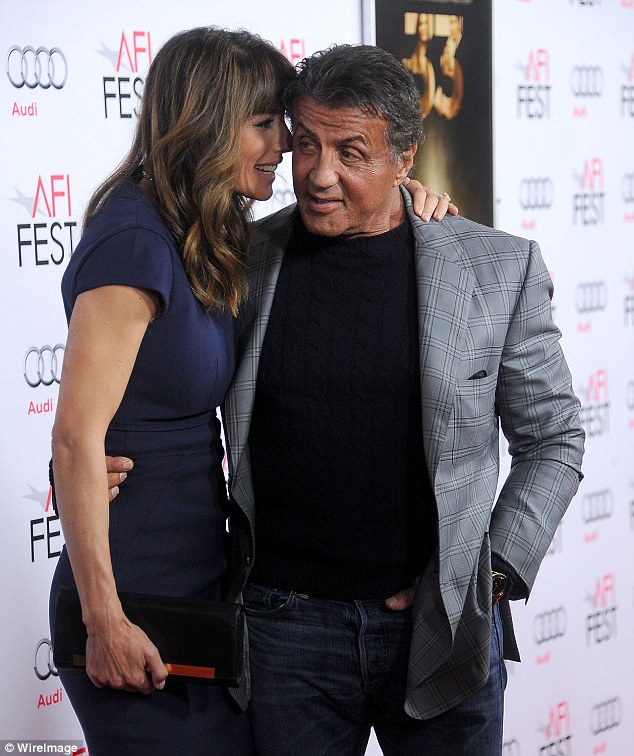 Sylvester Stallone could be the epitome of a Hollywood superstar, with all the arrogance, craziness and unhappy excess the term suggests (just think Charlie Sheen.)

Happily for the 69-year-old action star, he seems to have his feet very firmly on the ground – and it’s all for the love of a good woman – his wife of 18 years Jennifer Flavin.

When the two married in the late 80s critics predicted it would be a short lived disaster.  After all, Stallone had already seen off two marriages, and there was a 22-year difference in their ages.

How wrong could they be?  Not only have the couple produced three daughters together, but at a recent red carpet event in LA they were holding hands and whispering sweet nothings like newlyweds. Last summer the family holidayed in Monaco together and Stallone was the obviously adoring Dad to his teenage girls and their proud Mama. 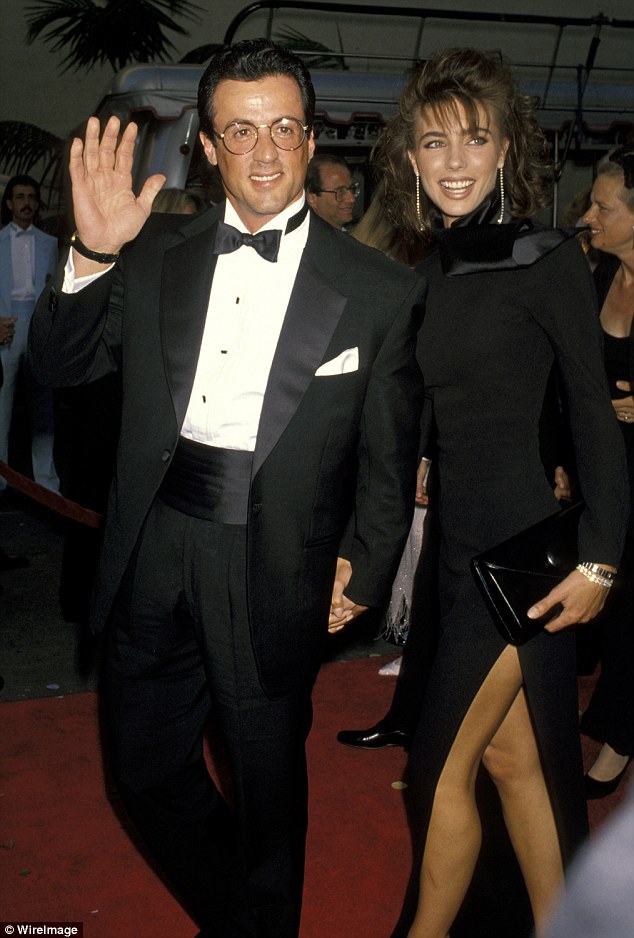 When they met in 1988 Stallone was a famous 42-year-old action hero, and she was a 20-year-old aspiring model. Not only was he several rungs higher on the fame ladder, and more than double her age, he also had two sons from his first marriage, the younger only eight years younger than Flavin.

Fast forward 27 years and Stallone claims he lives an unglamorous, grounded family life after – he says – being brought to his senses by his wife.  He says he even cleans up after the family’s two Pomeranian dogs and his daughters don’t like to be seen having him drop them at school so he has to let them out two blocks early.

Along the way he’s maintained his career with a vigor and focus few men of his age can match, recently filming the seventh sequel to his hit film, Rocky, titled Creed, reprising the role that made him a major Hollywood star when he was 29. 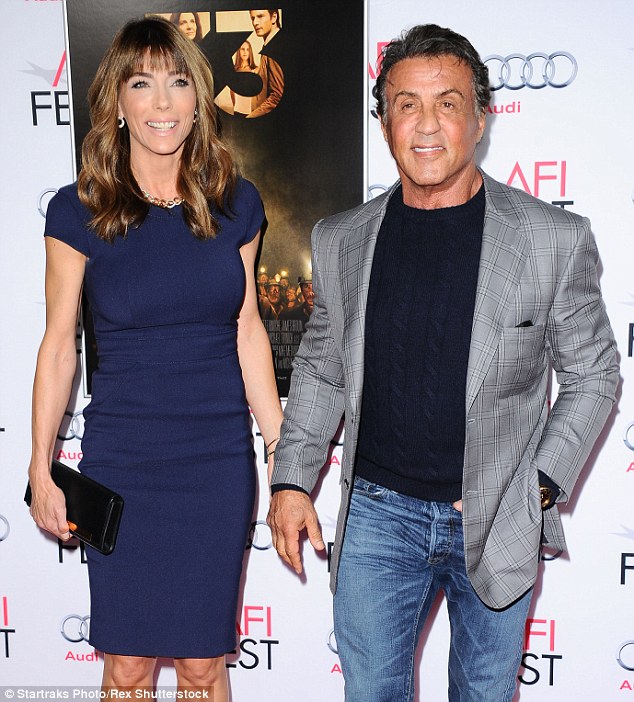 In London last year for the premiere of Expendables 3 (the series he wrote, directed and starred in) he told the Mirror “You’d be surprised how unglamorous, or normal, my life is. My cars get flat tyres, my dogs go to the bathroom on the carpet and my shower doesn’t always work.

After advice from his 46-year-old wife Jennifer Flavin and in a bid to stay more grounded – he sacked his entire personal staff including chefs, drivers and security.

“I had a lot of security and it was affecting me. I was becoming distant. They became the only people I would talk to and that’s not real, it’s not a real experience.

“If you’re paying them, they’re going to say what you want to hear. I realised as long as you have to pay people to be around you, then they’re not really your buddies.”

“Jennifer sat me down and told me to let them go and for me to deal with my demons and my successes on my own.” 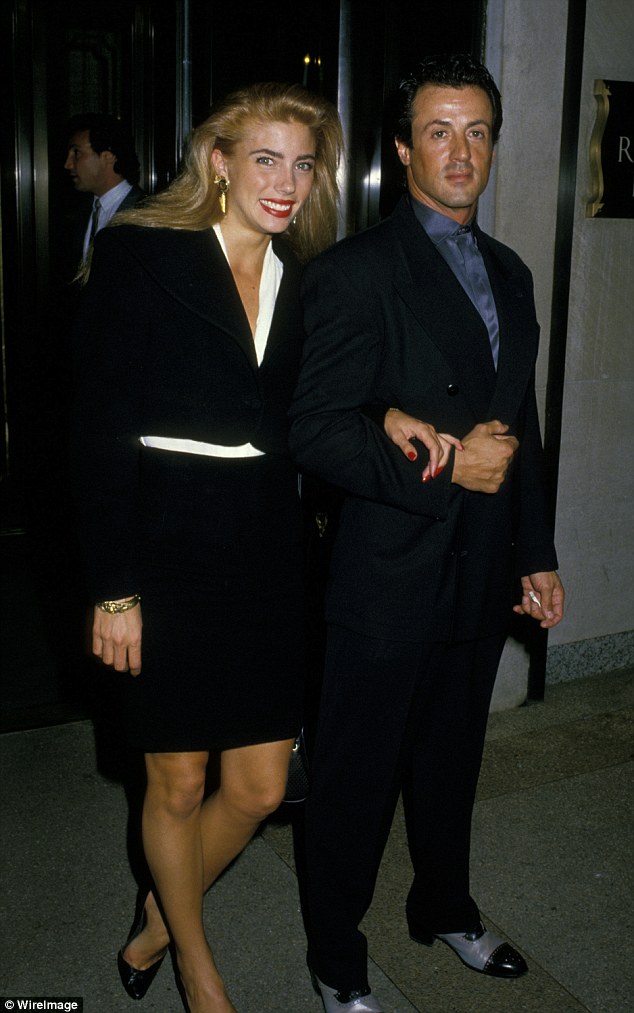 It plainly seems to be working for them.

Married three times, Sly has had five children: sons Sage – who died three years ago at 36 – and Seargeoh, 35, and girls Sophia, 18, Sistine, 16, and Scarlet, 12. Today he credits them with keeping his size 13s grounded.

As well as having a raft of non-famous friends, not to mention a few A-listers including ex-Californian Governor Arnold Schwarzenegger, Sly now enjoys holidays with only his family for company.

He says: “The ego thing is something everyone goes through. It happens because you think ‘Wow, I finally made it’.

“Now, I like to have friends who are diametrically opposed to me.

“We talk about religion and politics and often they’re not on the same page as me, which makes for interesting conversation.

“I also drive the kids to school which is not to their liking. I have to drop them off about two blocks away… either that or put a bag over my head.

“At home I’m just the nuisance with the loud voice. No one’s afraid of me. The girls know I’m a toothless tiger.

“I mean, I clean up after the Pomeranians every day. Does that put it in perspective?”