Keeping Up With Young Wife Costs 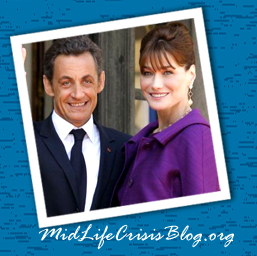 Friends are blaming French President Nicholas Sarkozy’s weekend collapse while out jogging on his attempts to keep up with his svelte model-turned singer wife Carla Bruni, 13 years his junior. Maintaining moxie for his younger half in this May-December romance is taking its toll, they say. One fellow MP reported the 54-year-old French leader had recently “looked more like a […]