Supplements To Get Your Sex Life Sizzling 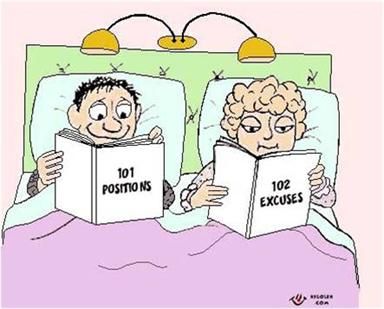 If that is you, then there are still plenty of options available in herbal supplements which can help re-balance your system and help overcome estrogen dominance which can have such a negative impact on both weight control and your sex drive.

Herbs take a little longer than Hormone Replacement therapy to start working, but once they have built up in your system, the results can be very pleasing.

Plant based phyto-hormones are only 2 to 4 per cent as potent as the hormones produced by your body or bio-identical hormones so it will take time to build up.

In her book In The Mood Again, Use The Power of Healthy Hormones to Reboot your Sex Life At Any Age, Dr Genie James recommends waiting four to six weeks, but in some cases you might “need to be patient for four months.”

It is good to remember this is a “gradual and gentle approach for rejuvenating your sexuality for life, not for a sexual sprint,” she says. 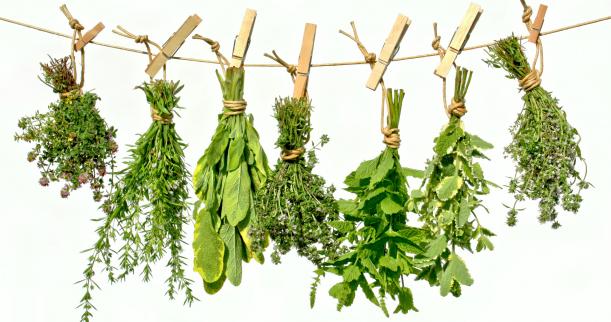 If your sex drive has been diminished by estrogen dominance, chaste berry and licorice are phyto- progesterone supplements that can help right the balance. The bio-identical progesterone cream is more potent, but if your any reason you don’t want to use that, supplements will work as another option.

Is widely used in Europe and is approved in Germany as a herb  to treat hormonal imbalance, bloating, mood swings, food cravings and abnormal bleeding. Contrary to its name it has a libido enhancing effect, but you must have your ovaries for it to work.

It works to increase luteinizing hormone (LH)  and mildly inhibit the follicle stimulating hormone (FSH), rebalancing the ratio of estrogen to progesterone towards progesterone.

It is not fast acting and may take three to four months to work.

However there is still on-going debate in the scientific community about licorice’s benefits, and it can have serious side effects for people who suffer from high blood pressure, heart rhythm irregularities or kidney disease.

A phytonutrient found in the cruciferous vegetables, also available as an active supplement. It supports enzymes that improve estrogen metabolism. Dr James recommends 200 to 300mg once a day.

If you are well into menopause you may have an estrogen deficiency rather than have an over supply.

If you are experiencing vaginal dryness or painful intercourse, or if bio-identical creams worked for you once but don’t seem to be as effective any more, you may be estrogen deficient.

These two soy-derived phytoestrogens have been extensively researched.  One study found 54 mg a day of genistein was effective hormone replacement therapy and reduced hot flashes by up to 30 per cent.

Black cohosh is a popular hormonal balance herb which has mixed results from trials conducted into ti, with some delivering positive results and others saying it was ineffective.

Also known as Chinese angelica, used for thousands of years in Asian medicine. It remains one of the most popular “women’s” herbs in China It is enjoying a resurgence in popularity amongst menopausal women.

(It should not be used by people with bleeding disorders, or who are on blood thinners like Warfarin.)

Has been found to help with a wide range of health conditions including enlarged prostate, menopausal hot flashes, cardio vascular health and one loss associated with osteoporosis.

Maca has been shown to regulate the entire endocrine system and help balance hormone levels to eliminate hot flashes and depression while also increasing libido and sexual stamina. In men  it has been shown in trial to heighten libido and increase semen quality.One study found it helped women who had lost their libido as a result of being on anti depressants.

Another good herb for both erectile dysfunction and low libido. Long used in its native Brazil and south America generally.

Nettle has been shown to increase the levels of free testosterone, energising the libido. Also shown a lot of promise in treating enlarged prostate, which affects a large proportion of men over the age of 40.

L-Arginine is what the body uses to make the nitric oxide needed to stimulate blood flow to the sexual organs. Clincial studies have shown men suffering from ED report significant improvement in sexual functioning, including erection strength and sexual stamina when taking L-Arginine.

Women also have been shown to experience improvements in libido and orgasm with L-Arginine. In one study two thirds of women on the verge of menopause reported increased sexual satisfaction. In another study more than 50 per cent of post menopausal women felt more desire, compared with only 8 per cent taking a placebo.

Gingko is good for helping you get back in the mood if you have been feeling down or depressed, or affected by the side effects of anti depressant drugs.  Note though it can increase bleeding risk so check with your doctor if you are on anti-coagulant drugs before using.

There are several different types of ginseng. Asian ginseng has been shown to improve sexual dysfunction in men and women and has been used for this purpose in China for thousands of years. The active ingredient seems to facilitate the release of nitric oxide increasing blood flow to the clitoris and resulting in better orgasms.

Used for thousands of years to restore sexual fire, allay fatigue, improve erectile function and alleviate symptoms of menopause discomfort.  Contains PDE-5 inhibitors, the same active ingredient as is used in the erectile drugs like Viagra and Cialis (which are now referred to as PDE-5 inhibitor drugs).

Intenza NZ produces a range of sexual health supplements for men and women, including an intimate topically applied gel containing L-Arginine.  Check them out at www.herbalignite.com or ignitewomenslibido.co.nz