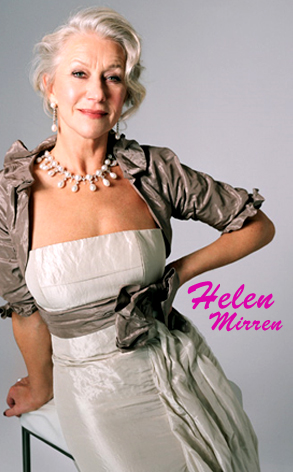 With Helen Mirren looking stunning snapped on holiday at her Italian castle in a red-hot bikini at 63, and Carmen Dell’Orefice still modelling at a glamorous 77, 60 has become sexy.

And a new group of social networkers on Sagazone – a sort of UK-based Facebook for the 50plus age group — are chatting about it on line.

London’s Times newspaper reports a Sagazone survey found that two-thirds of men and women aged 60-64 said they were still sexually active, with almost half of those getting between the sheets at least once a week.

It also buried a widely touted myth, with three-quarters claiming that sex does not become more boring as you get older.

It is not only sex that the older generation is so wholeheartedly embracing — they’re behaving in every way like born-again teens.

Emma Soames, Saga magazine’s editor-at-large, reports that during a Leonard Cohen concert in the Albert Hall earlier this month, “when he sang, ‘If you want a doctor, I’ll examine every inch of you’, there were audible yelps from the crowd. He’s 74”, she says.

“The myth that once you hit 60 your life is over is well and truly dead. At this age, there is less pressure and it’s likely that you feel more comfortable about your body.”

A spring chicken at 90, the writer Diana Athill concurs. “To me, 60 seems rather young,” she says with a dry chuckle. “I certainly enjoyed sex in my seventies. Eventually I lost the urge, but I’ve known many others who went on for a lot longer.”

Famous for growing old disgracefully, she detailed her colourful adventures in her recent autobiography, Somewhere Towards the End, in which she writes about several affairs with married men, including a ménage à trois.