Sex In The Kitchen 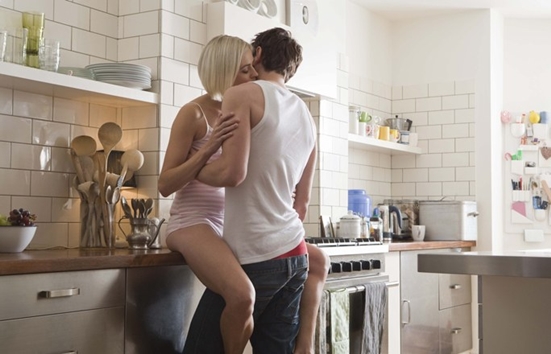 New research shows 44% of people are not having sex in the bedroom. Or not exclusively, anyway. 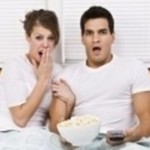 What? There are other places you can have sex?

Cooking Up a Storm

The most popular alternative by far? The kitchen.

It seems research data is now confirming what many of us have know for some time: food can be an excellent aphrodisiac. In a poll of over 1000 Australians, over half those surveyed revealed a home-cooked meal was the best way to get them in the mood. The researchers have suggested this is likely due to a mixture of the warmth of stoves, enticing cooking smells, quality time spent together, the care and effort put in to making a home cooked meal, and often being just slightly tipsy with wine… 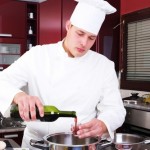 A little wine for the stew… a little for me…

The top food for setting the mood? Surprising as it may seem, results indicated this was the traditional roast. Next was seafood, and then steak – with the ultimate dessert being anything that involved decadent use of chocolate, of course.

Chocolate also tops the aphrodisiac list, ahead of oysters, alcohol and lobster.

The kitchen isn’t the only popular alternative alternative to the bedroom, though. Other prime spots include underwater, the car, in a forest, the shower/bath-tub, in a tent, the library, even a working elevator!

So why does sex in these places have such appeal?

There’s probably a number of reasons. Variety, as they say, is the spice of life. There’s no denying the inherent thrill of an unusual or unexpected location. And for some, the risk of ‘getting caught’ merely seems to add to the appeal!

What about you? Where are you having sex? Is it worth sacrificing the ease of the bedroom for the spontaneity and excitement of the kitchen, or even elsewhere?