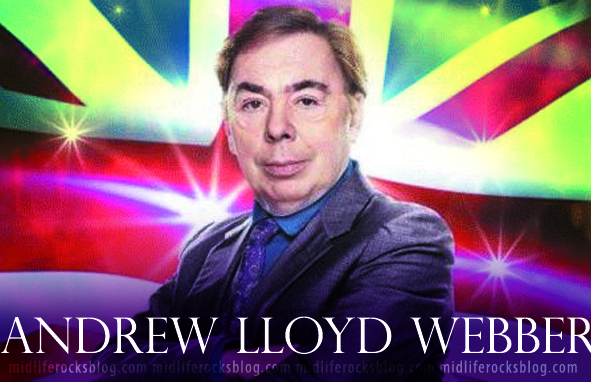 Sir Andrew Lloyd Webber has revealed he is “a ladies’ man who can never make love” after having prostate cancer surgery in 2009.

Although not all men who have surgery for prostate cancer face erectile dysfunction as a result, Lord Lloyd-Webber, who has been married three times, admits he is resigned to a sexless life.

The 63-year-old composer says he was initially keen to explore alternative therapies but opted to have the organ taken out when doctors told him it would mean he had virtually a “100 per cent chance” of a full recovery but was likely to be impotent as a result.

“I am a ladies’ man who can never make love. I am resigned to that,” Lloyd-Webber told Piers Morgan’s Life Stories TV show.

Bright Side of Life

“But look, hang on a moment – I’m alive; I have my music; I have my children. I am the luckiest man.

“If I’d left it, the chances are I’d be on chemotherapy now and it would be a nightmare.”
While the composer of 13 musicals including The Phantom of the Opera, Evita, and Sunset Boulevard, says he struggled to adapt to alternatives like medication or a vacumn pump to help restore sexual function, having prostate cancer is not an automatic sentence to “no sex for life.”

The traditional treatment – a “radical prostatectomy” often results in impotence because erectile nerves are destroyed. But in recent years, a small number of specialist surgeons have developed an alternative nerve-sparing prostatectomy, which may preserve erectile nerves.

This could be the right option for men who are diagnosed early and whose cancer has not spread beyond the prostate. Results have been mixed, because nerve-sparing prostate surgery is extremely difficult to do. It involves carefully dissecting the tiny nerve-bundles lying next to the prostate and ensuring no cancer cells are left behind.

Surgeons believe it is not possible to perform safe and effective nerve-sparing surgery unless you are what is known as a ‘high volume’ surgeon, performing 50 to 100 prostate cancer operations every year. Given optimum conditions and an experienced surgeon however, the results are promising.

The most experienced nerve-sparing surgeons publish results which show 73 per cent of the men who are diagnosed early and who had a normal sex life before the operation have erections sufficient for full intercourse a year after surgery.

Lord Lloyd-Webber told Piers Morgan: “I did look into the alternative possibilities. I did go to the sex education [clinic] for people who have lost their prostates and [they were] very sweet.

What the Sex Therapist Said

He said he had consulted a sex therapist to see if there was any solution to the situation and was advised to try medication or a “penis pump”.

Lord Lloyd-Webber said that when she produced the “pump” he struggled to accept the concept and his wife felt it “too gruesome.’”

“I regard it as great luck that I’m out the other side.”

He married actress, singer and dancer Sarah Brightman the following year and they remained together for six years

Herbal Enhancement
Herbal therapy is one of the options some men consider in addition to others once they are over their prostate treatment. Check with your doctor first and if he indicates it is not counter-indicated in your case there are products like Herbal Ignite which have been used with success by some men.