Mae West’s quip on Jayne Mansfield that “When it comes to men I hear she never turns anything down except the bedcovers,” makes me think of a revenge tale related years ago by a fellow journalist on a woman’s magazine.

Discovering that her live-in-partner of several years was two-timing her she left a nasty deposit – something you’d normally commit to a toilet bowl – in the bottom of his bed, then “apple-pied” – short sheeted it and left it for the cheating lovers to discover with their feet when they hopped in the sack.

At the time we were admiring of her boldness, but many acts of revenge seem more mean-spirited than imaginative. 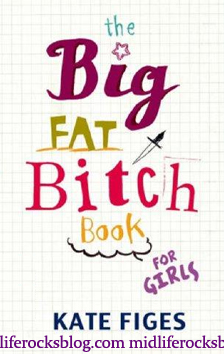 In The Big Fat Bitch Book Kate Figes relates how a wife found a condom in her husband’s jacket pocket when she was taking it to the dry cleaners. She had been sterilised after the birth of their third child. She took the jacket to the cleaners, stabbed the condom repeatedly with a pin and then put it back.

Another wronged wife was so angry she took the golden retriever to the vet, had him castrated and when her husband came to ‘collect his things’ he found the dog tied to the banisters in the hall with a label around his neck saying ”you’re next.”

Then there are the putdowns by the celebrities forced to face a more public humiliation of being passed over for someone else.

Jerry Hall at a fashion awards night in Monte Carlo was asked by co-host Jeremy Irons whether he ex Mick Jagger might host the event with her next year. “Are you insane? Have you seen how many models there are here? Even he couldn’t afford the child support payments.”

My vote goes for walking away from the cheating partner and getting on with a new life…  expressed very well by Elizabeth Buchan in Revenge of the Middle Aged Woman.

Buchan writes: “The best revenge is to . . . live well and not be invisible, show them how well you are without them but maintain a sense of grace and integrity. Find that grace to recast your life and do it well.”