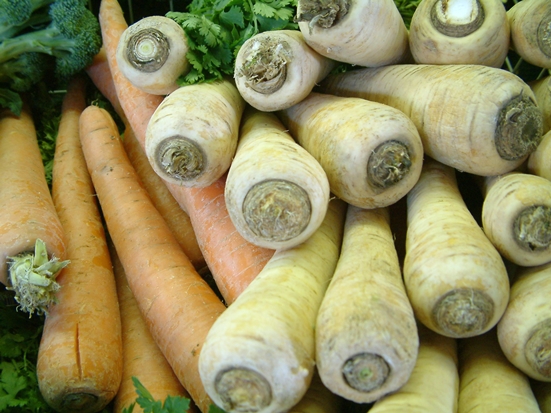 Dietary habits seem the 21st century’s moral obsession, in the west at least. Vegetarian, vegan, the stone-age diet and now raw food vegan. And yes. The advantages of a plant-based diet low in animal fats seem obvious enough.  But is it really worth going all the way, going full Raw-Food-Vegan?

The raw vegan diet probably owes a lot of its current popularity to avid celebrity endorsement, the most recent being tennis superstar Venus Williams.

The general idea of the raw vegan diet is that all cooking is essentially unnatural and unhealthy, on both nutritional and apparently spiritual—it’s claimed that cooking process sap out the all-important woo-woo spiritual life forces from your broccoli. And your parsnips it seems, and then also pretty much everything you can name. And if you hadn’t been aware that your parsnips had such a vital and rich spiritual life to pass on to you (only in their raw state naturally), you’re certainly in good company there.

As this domain falls outside our area of expertise however, we’ll decline to comment further on this particular aspect. We’ll let you all exercise your own judgement on this issue.

So far as nutritional value goes though, it’s claimed that the raw food diet  is possibly the only way for people to maintain good nutrition. And while again, there’s definitely strong scientific evidence to support a low animal fat plant-based diet, this doesn’t necessarily mean that the raw vegan diet is the best possible nutritional regime out there. And nor does it rule out adverse health effects either, unfortunately.

Raw Food in a Nutshell

The raw vegan diet is purely-plant based. Which as with all strict vegan diets, mean so animal products whatsoever: be it meat, eggs, dairy products or even honey. Raw veganism introduces the additional stricture of not cooking anything at all, defined as heating food above 40 degrees Celsius.  Fermented foods and foods dried out at low heats are permitted however.

Unfortunately, for most people a switch to the raw vegan diet will in fact result in few benefits and a lot of problems. In fact, most medical professionals who advocate for vegan or vegetarian diets caution against trying a fully raw vegan diet. Because raw vegan diets involve a drastic reduction in nutritional variety for little to no actual additional benefits.

In particular, adherents to a raw vegan diet run a risk of deficiencies of Vitamin B12, Vitamin D, selenium, zinc, iron, and omega-3 fatty acids. Without taking regular supplements it is near impossible to get sufficient levels of these nutrients from pure plant sources.

There is a perception, too, that cooking food damages or destroys key nutrients. And while it may be true that overcooking veggies can leach nutrient load, there are many nutrients that actually increase their levels when heated (the most salient example being lycopene in tomatoes, a pigment with huge health benefits for men’s prostates in particular). As such, your best bet really is a balanced diet including a rich variety of both raw and cooked vegetables.

Another common problem with the raw vegan diet is an over-reliance on nuts and bananas as a source of energy. Nuts and bananas are both highly nutritious, and strongly recommended in moderation. When providing the vast majority of a person’s caloric intake however, as you’d expect the usual risks of a diet high in fats and sugar apply.

What Are Your Thoughts? Is raw food veganism really so risky? Misunderstood good nutrition? Or just another celebrity-hyped fad? What do you think an ideal diet would consist of? Let us know what you think, we love to hear your opinions!