Plenty More Fish in the Sea? 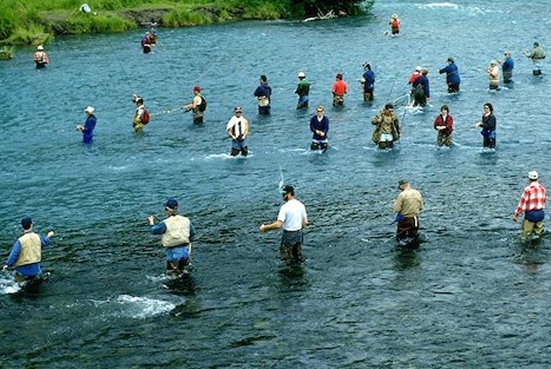 Beware a woman scorned: as one New Zealand man found out the hard way.

Primary School Teacher Angela, from Waikato, New Zealand, came home one day only to catch her boyfriend of several months in the process of sneakily shipping out to Australia. No warning, no consultation. He even used her bag to stuff his things into!

He fed her a perfunctory line about the necessity of the move for his career, his regrets at ending their relationship; Angela smelt something fishy, however. But never mind. She was already cooking up the perfect revenge.

A huge fishing enthusiast, her boyfriend had painstakingly amassed a huge collection of private top fishing spots, securely stored as GPS data. Coordinates he had insisted she protect with her life. And then in his hurry to disappear unnoticed, mistakenly left it behind.

She listed the GPS data for his secret fishing sites (every last one!) on local online auction site, trademe.co.nz

The spots have been listed with a starting bid of $10 each, and no reserve. Angela hopes they will go to nice guys who deserve the spots more than her ex-boyfriend. She also is more than happy to provide hopeful anglers with sites close to their own favourite haunts.

Link to the Auction: http://www.trademe.co.nz/sports/fishing/other/auction-440084122.htm