‘No satisfaction’ – Marianne and Mick 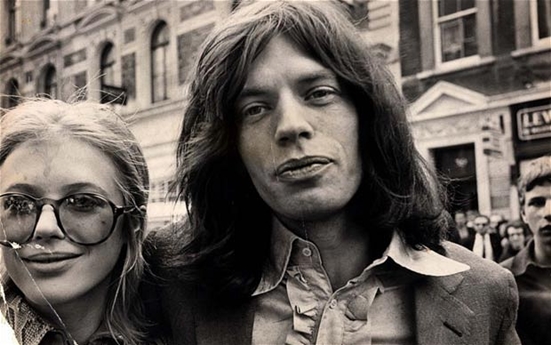 It wasn’t just Rolling Stones lead singer Mick Jagger who “can’t get no satisfaction.” According to his famous lover Marianne Faithfull, life in the 60s wasn’t one long orgasmic love-in for her either.

In an episode of the BBC’s family tracing TV show Who Do You Think You Are? screened in the UK recently, 66-year-old Faithfull says when she was a young woman she could not tolerate sex without the support of alcohol and drugs.

It was not until she reached her fifties that she was able to enjoy love-making, conscious of what she was doing, she says.

And that she became even more linked to rampant sexuality when she was supposedly disturbed by police during a drug raid on Keith Richards house wearing nothing but a rabbit fur rug and clutching a Mars bar.

Faithfull attributes her “horror of men” to the fact that at the end of the Second World War both her Austrian mother, Eva von Sacher-Masoch, Baroness Erisso, and her grandmother were raped by Red Army soldiers during the liberation of Vienna.

She was aware, without comprehending at the time, the ferocious loathing of men that suffused her mother, while she saw her grandmother turn away from her grandfather, “who really adored her”.

Analysing this now, Faithfull sees how, even as she loved Jagger, she could not separate that feeling from the fact that he was a man, and as such an object of abhorrence when it came to sex. She concludes, sadly: “I think my mother and her unconscious and unspoken loathing of men had a huge effect on me.”

Faithfull has lived much of her life in the public spotlight with her successes and failures for all to see, so it’s refreshing to hear her speak so honestly about sex and not maintain youthful fantasies.