No Pre-nup for Prince 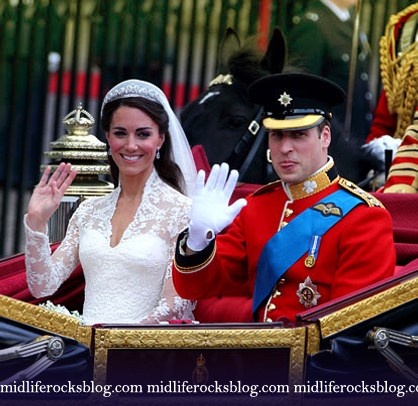 Prince William and his new bride weren’t listening to Donald Trump when they made the call – reported via multiple sources – to marry without a prenuptial agreement.

Friends say the Duke of Cambridge trusts his paramour of the last decade too much to be bothered with taking legal protection.

But not so the Donald, who’s been vocal in support of prenups, which he claims have saved his business more than once…

As the wags like to point out, that’s not such a magnificent recommendation…  Even with the prenups he’s been bankrupt more times than he’s been married, (4 as against 3).

He’s berated other celebrities –  Paul McCartney for one –  for failing to take a defensive stance to protect his millions before he married  Heather Mills – and we all know how that ended. People who don’t have prenups are according to the Don “losers”.

In one of his self-promoting books Trump states:

Pity Larry King didn’t take his advice… he’s divorcing for the eighth time without a pre nup in place.

Given that the 76-year-old Larry King Live host is worth an estimated $144 million, and California law dictates that marital assets are split 50/50 unless otherwise specified, Shawn Southwick could end up netting a pretty hefty pay check in exchange for her 13 years of marriage to King.

Hugh Hefner could do with a little Trump medicine as well. He is apparently all ready to tie the knot with Crystal Harris next month without prenuptial protection.

Donald’s first-ex, Ivana has taken a leaf out of “The Donald’s” book. For both her (short-lived) marriages post-Trump she’s had the emotional  insurance of a prenup beforehand – and just as well.

Her second marriage to Riccardo Mazzucchelli did not make it to its second anniversary. Trump filed a $15 million breach of contract suit against Mazzucchelli for violating the confidentiality clause in their prenuptial agreement. The suit was settled out of court.

The third was even more short-lived. Ivana (59) married her on/off mate, Rossano Rubicondi, who is 24 years her junior, in April 2008 and in December the same year she confirmed that she had filed a legal separation agreement three months previously.

You can understand why a prenuptial  might be needed if you’re cycling partners that fast!