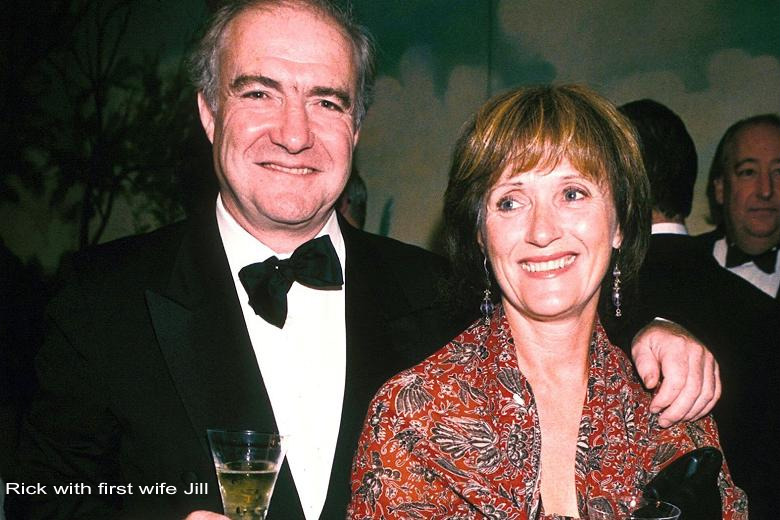 How many couple successfully weather the storms that usually accompany divorce to continue to run a business together?  That was the thought that surfaced watching Rick Stein’s latest cooking show From Venice to Istanbul  at the weekend. Followed by “did he ever get around to marrying that woman he left his wife for?”

(Declaration – I love Stein’s easy going, down to earth approach to food TV – so watching this show – which was mainly in Split – was a pleasure.) And a quick check with my friend Google revealed that ‘Yes’ indeed Stein and Sarah (Sas) Burns did marry in 2011, and since then he has split his time between Europe – or other TV food destinations –  and Sydney, where Sarah still lives.

But the £30m hospitality business he and his first wife Jill set up together remains very much a going concern, with Jill and Rick and their three adult sons all involved in some way. 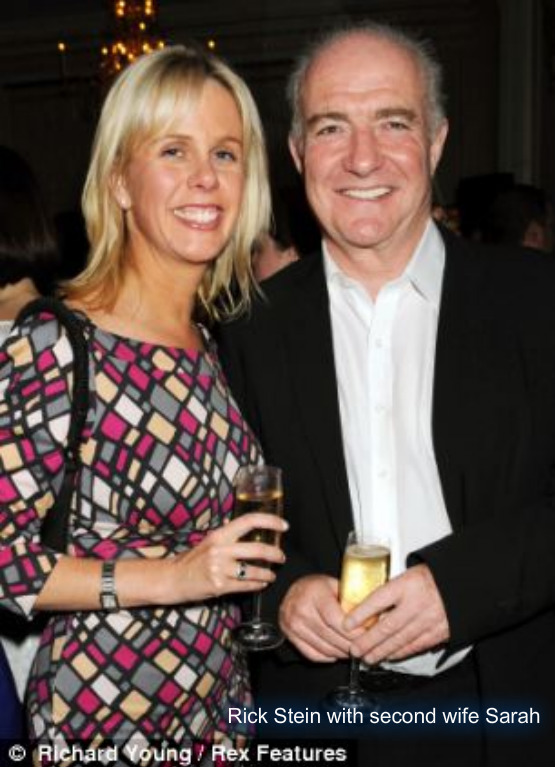 And post-divorce Jill has very much stepped out of Rick’s shadow, being awarded her own OBE for services to the restaurant industry – wonder if that would have happened if they were still married. She has set up her own interior decorating business and been given numerous awards including an honorary doctorate in business from Plymouth University.

Rick acknowledges he assumed the business would be a casualty of the divorce, but Jill had other ideas.

“It was Jill more than me really who kept it together. She just said, ‘I am not letting this go. We have put so much bloody effort into it.’ So. We have managed to make it happen.”

The Guardian reporter asked “What is the dynamic of those board meetings?”.

“Can be a bit tense,” Rick says, with a full laugh. “But on the whole we have been quite restrained.” 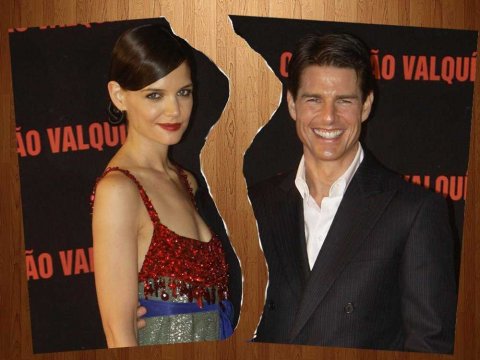 When you start looking, there are a lot of partners who have managed to keep their heads and keep the company going when their personal life flounders.

A quick countdown on some of the more high profile ones: 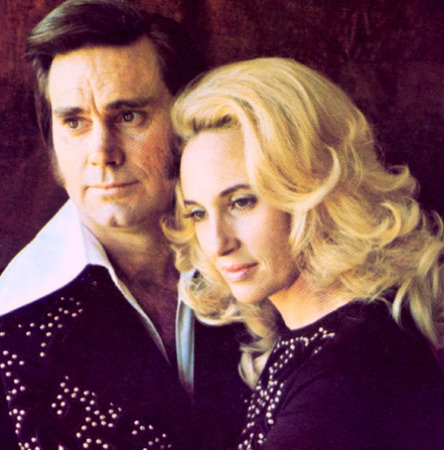 Singers George Jones and Tammy Wynette were popular solo musicians before they married in 1969. When they wed, they began recording music together, collectively earning the nickname “The President and the First Lady of Country Music.”

Behind the veneer, the marriage was plagued with problems. Jones’ severe alcoholism had cost him his previous marriage to Shirley Corley and it also cost him his marriage to Wynette, who divorced him in 1975. However, nobody could deny that the couple was a perfect fit when it came to making music, and they reunited in the studio in 1976 to record the “Golden Ring” album, which topped the Billboard country music charts upon its release. They recorded two more albums together before Wynette’s death in 1998. 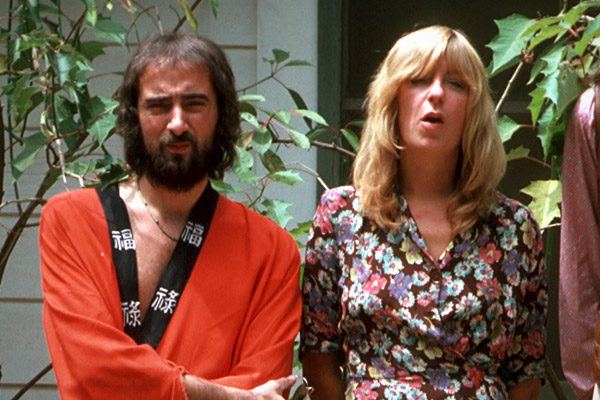 The popular 1970s rock group Fleetwood Mac began in the 1960s as a blues band. When original guitarist Peter Green left, the remaining members decided to pursue a pop sound, and bassist John McVie asked his wife, keyboard player and singer, Christine, to join the band in 1970. Fleetwood Mac gained in popularity over the next few years, but the McVies’ marriage crumbled.

In 1977, the couple divorced. At the same time, the band released its most successful album, “Rumours,” which reached No. 1 on theBillboard pop charts and is still one of the best-selling albums ever. The divorced couple decided to grin and bear it. They stayed with their very successful band, and they appeared on five more albums together. 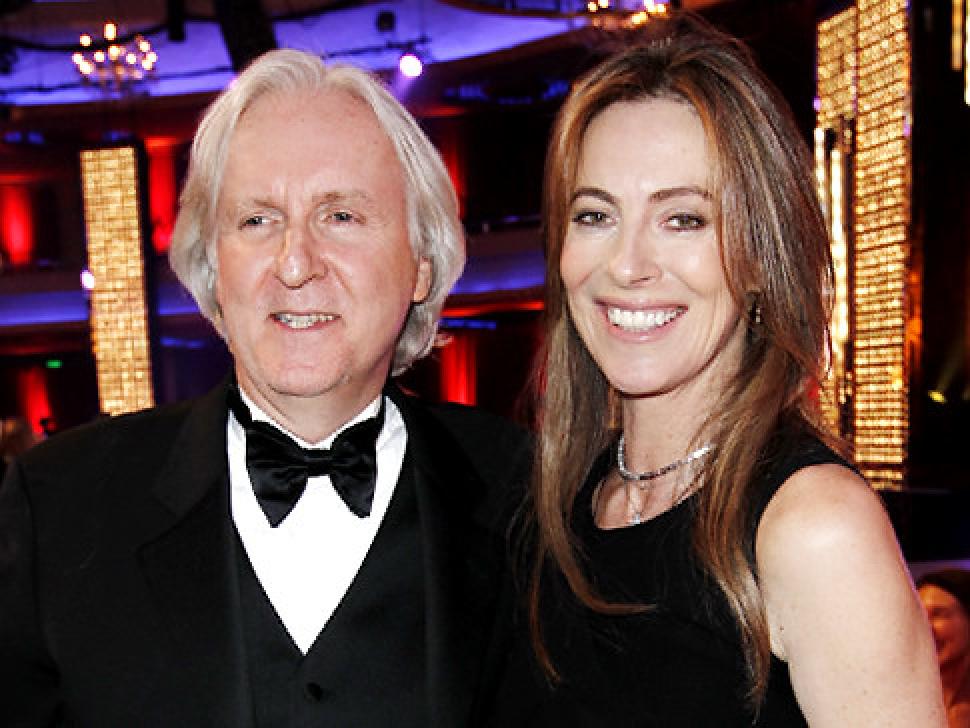 Kathryn Bigelow is the Academy Award winning director of the 2009 war film “The Hurt Locker,” as well as the Patrick Swayze classic “Point Break.” In 1989, she married James “King of the World” Cameron, director of 1997’s “Titanic” and 2009’s “Avatar,” but they still worked together after their 1991 divorce.

Bigelow directed the 1995 science fiction movie “Strange Days,” which featured the services of her ex-husband as co-writer and co-producer. More recently, they battled for supremacy at the 2010 Oscars when “The Hurt Locker” and “Avatar” competed for Best Picture, and they themselves for Best Director. “The Hurt Locker” and Bigelow won, leaving Cameron with only his film’s $2.8 billion box office gross to console him. 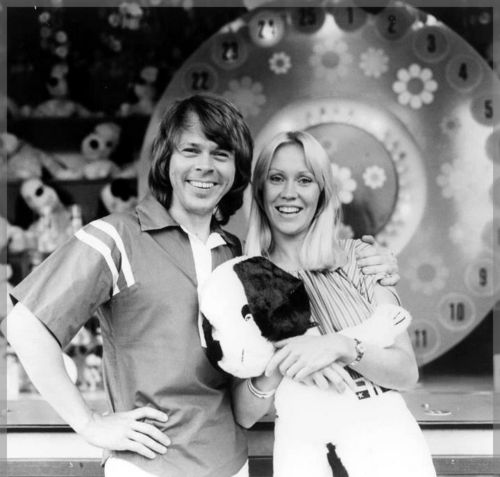 They say there’s a good reason why Swedish band ABBA had so many songs about romances gone bad.

Both the married couples in the popular Swedish group divorced during the band’s lifetime. Singers Agnetha Fältskog & Björn Ulvaeus couple had married in 1971 before ABBA was formed, but the union disintegrated in 1980 and the couple divorced. However, they continued with the group, even when Ulvaeus took a new wife in 1981. 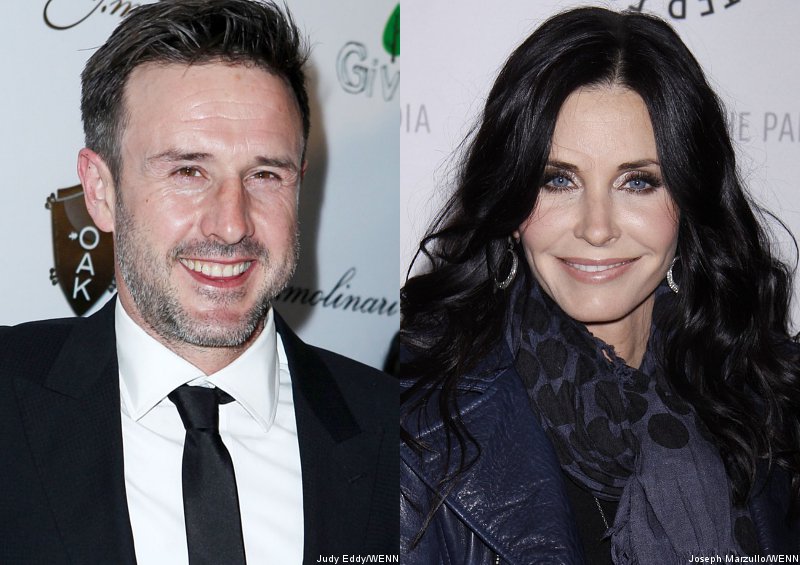 Married for 11 years, the actors prolonged their trial separation for over two years before finalizing their divorce in May 2013. They stayed friendly, though, and still run the production company Coquette. “He’s my favorite person in the world. He’s my best friend,” Cox said in 2011. “No matter what happens in our future, he’s my very best friend.”

Keys to Keep the Business Upright Through Divorce 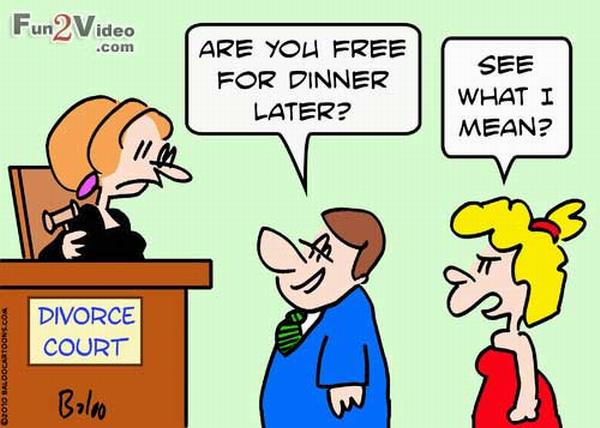 Entrepreneur Magazine set out some useful guidelines for couples who are facing divorce, worked out by a company which specialises in mediation in just these circumstances.

When you’re breaking up a romantic relationship, the tendency is to allow personal issues to complicate business relationships, and vice versa. Take time to set your specific needs and ideal outcomes are in each area, with concrete and separate goals and plans.

Don’t do it alone

Create a team of friends, family and professionals who you can count on as your rework all facets of your relationship.

If you continue working together and are bringing emotional issues into work or bottling them up, it will be incredibly difficult to effectively manage a business.

Immediately after a divorce, no matter how amicable, there is going to be a transition period. Take time apart in all areas to better understand what you want instead of rushing to break up the business or stubbornly attempting to stay together.

As you redefine your relationship, you should draw clear lines around your roles and responsibilities at work. Identify what task each person will manage… so you don’t end up micromanaging each other

Additionally, by defining roles you’re able to able to identify why—or if—the two of you should continue to work together.

Give yourself an out

While there are definite benefits of working with someone with distinct, proven skills, accept that your ex may not still be the right person to work with.

If you can find someone new with the same skills, your relationship can be significantly simplified, at times for the better.

Give yourself an out if your business relationship begins to deteriorate. Make sure all company bylaws have an exit clause you both agree on, in case at some point one of you wants out of the business.

How To Divorce Proof Your Company

Entrepreneur advises taking action while your relationship is still rosy may greatly increase your odds of surviving a divorce with your business intact.

Here are five pre-emptive strategies from attorney Jeffrey Landers that can help protect you from losing your business in a divorce.

Sign a prenup If your business existed before you wed, designate it as separate property owned by only you.

Secure an early postnup This is much like a prenup, except the agreement is signed after the wedding. If a postnup is done long before the marriage disintegrates — ideally more than seven years before a breakup – it might be useful in defining a business as separate property. But judges often view postnups skeptically.

Place the business in a trust This keeps the business from being counted as a marital asset as you no longer personally own it. The move also protects the value of the company’s growth.

Create a buy-sell agreement It defines what happens to a business should any owner’s status change, as is the case in a divorce. The agreement might limit a spouse’s ability to acquire ownership, deprive a divorcing spouse of voting rights, or give you or other partners the right to buy at a low, preset price any interest awarded the ex.

Have insurance A whole-life insurance policy that builds cash value can be liquidated to provide the funds to buy out a spouse’s share of the business, if need be.