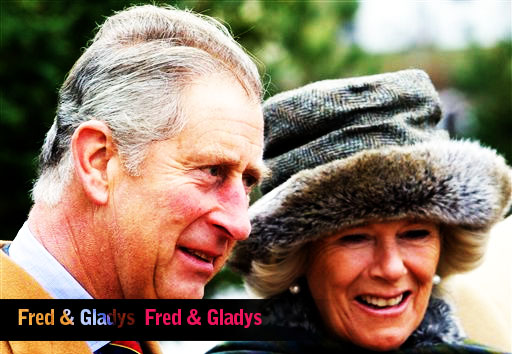 Carole Lombard and Clark Gable – the glamour couple of the 1930s – were soulmates who were said to have thought “life was delicious  – and they made everyone’s life delicious around them.”

So it’s maybe a pleasant little reality jolt to discover their affectionate names for each other were Ma and Pa.

Like England’s Queen Elizabeth – who is called Cabbage by her husband Prince Phillip (according to the movie The Queen) or Prince Charles and the Duchess of  Cornwall, whose pet names for each other are Fred and Gladys, there’s an endearing earthiness that speaks of unvarnished acceptance.

Of course a recent book claimed these kinds of sweetners are the kiss of death to a relationship, breeding familiarity which is so closely followed by contempt.

So how to explain the endearing Lombard-Gable story.

Like many showbiz pairs, they looked too good together to be true. Tall, blonde and fiery-eyed, Carole Lombard epitomized 1930s glamor; Clark Gable, with his broad shoulders and devil’s grin, seemed every inch his nickname – the King.

But the queen of comedies, who swore freely and loved practical jokes, and her rough-and-ready leading man were more than just Golden Age window dressing. The love they shared for six years was that Hollywood rarity: the real thing.

In January 16, 1942, the idyll ended. Lombard, who had just wrapped her 57th film, To Be or Not to Be, was on a tour to sell war bonds when the twin-engine DC-3 she was traveling in crashed into a mountain near Las Vegas.

Upon hearing the news, Gable flew to the scene and had to be forcibly restrained from climbing the snowcapped mountain himself in an effort to rescue her.

After Carole’s body, along with the bodies of her mother and 19 others, was discovered, he reportedly sobbed, “Oh, God! I don’t want to go back to an empty house. . . .”

Gable re-married twice but “was never the same” after Lombard’s death.