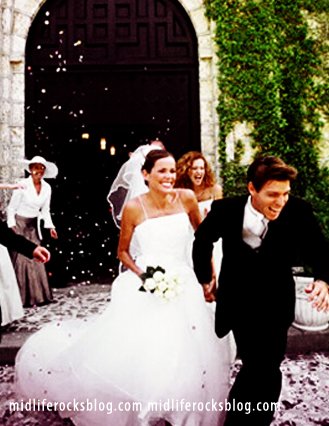 Been musing on how life dishes up surprises, especially where it comes to love and marriage.

Maybe that cocktail of love neuro-chemicals blinds us to the truth, but looking back I sometimes wonder how we ever make sound decisions about choosing a life partner.

I don’t think I’m any worse than many others at making judgement calls, but where love is concerned I wonder how any of us ever work it out.

I spent ten years and built a house with the husband I split from amicably 35 years ago. He was seven years older and a respected business journalist. I thought he was a model of financial acumen. Thirty five years up the track he’s practically destitute and I wonder where did I get the idea he was good with money?

Meantime I’ve managed to build up comfortable assets, although when we split his earning potential was far greater than mine, he had no liabilities and I was responsible for a teenage stepson.

Then there was the Canadian I nearly married. He had a business degree and seemed headed for a stable and secure life on all fronts. Twenty years later when we met again by chance I discovered he was a heavy pot smoker who was set up with a mistress as well as a wife. Once again, I would never have picked it, and just felt happy I wasn’t the wife he was two-timing.

Looking back I would never had predicted the paths these two men, once dear to me have taken, and I’m amazed at how things have ended up… Maybe it’s my Pollyanna predisposition, but I would have expected a much better life for both.

It gives me pause about how we ever have the confidence to make decisions expecting them to last for life.  What about you?

Leave a comment commitment, judgement calls on life, knowing yourself and others, love and marriage