Went to the superb Leonard Cohen concert– one of his on-going World Tour to recoup on allegedly embezzled retirement funds – and that got me thinking about this sexy 76-year-old whose name has been linked – romantically and otherwise  – to some of the most interesting women of his generation… Joan Baez, Judy Collins, Janis Joplin, Velvet Underground vamp Nico and Joni Mitchell to name a few.

Some of his most anthemic songs bear women’s names – Suzanne, Marianne – but Cohen – ever the gentleman – says he “never discusses his mistresses or his tailors”.

That of course only increased the speculation…

He once implied the lover referred to in his song Chelsea Hotel #2 was Janis Joplin, but later in a 1994 broadcast on the BBC, Cohen said it was “an indiscretion for which I’m very sorry, and if there is some way of apologising to the ghost, I want to apologise now, for having committed that indiscretion.” 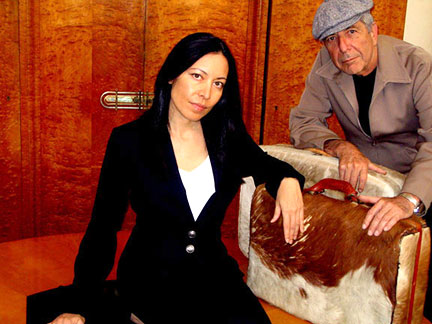 Interesting to discover then that his partner for the last eight or nine years is the beautiful Anjani Thomas, 51, and 25 years his junior.

They share, says Cohen, a “very deep collaboration in daily life and music” while maintaining personal space similar to the “living apart together’ approach covered in an earlier blog.

They split their time between Montreal and LA. In Montreal they occupy separate bedrooms on different floors in the family home Cohen has owned there for 35 years, while in LA Anjani has her own house in a nearby street.

“I like to wake up alone,” Cohen explains. “And she likes to be alone. We are both impossibly solitudinous people.” 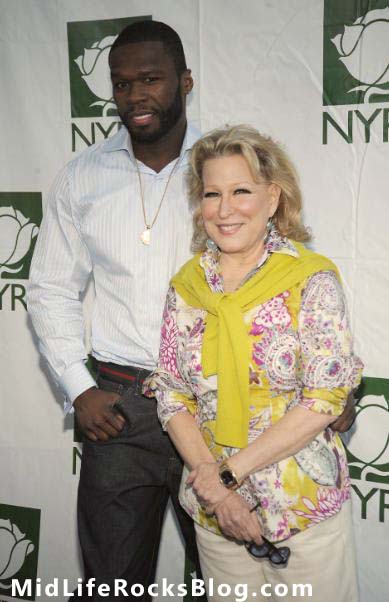 In an interview published in a Buddhist magazine (Cohen lived in a Buddhist retreat for five years in the late 90s) the poet troubadour said about relationships in later life:

“Believe me, what you want is someone to have dinner with, sleep with from time to time, telephone every day or write. It’s what you set up that is defeating. Make it very modest. And give yourself permission to make a few mistakes. You know, blow it a bit. Have a few drinks and fall into bed with somebody. It doesn’t have to be the final thing.”
He met her in Anjani 1984, when she was singing backup for him, including on his much-recorded Hallelujah and has worked regularly with him ever since. They didn’t become lovers until 1999.

Relationships are often difficult, he says. “I find that people want to name it. The woman is saying, ‘What is our relationship? Are we engaged? Are we boyfriend and girlfriend? Are we lovers?’ And my disposition is, ‘Do we really have to have this discussion, because it’s not as good as our relationship?’

“But as you get older, you want to accommodate, and say, ‘Yeah, we’re living together. This is for real. I’m not looking for anyone else. You’re the woman in my life.’

“Whatever terms that takes: a ring, an arrangement, a commitment, or from one’s behavior, by the way you act. You make it clear by minute adjustments. A woman goes by. You can look, but you can adjust so that it’s not an insult, an affront, or a danger. You’re with somebody, and you want to make it work. I’m not interested in taking off my clothes with a woman right now.”

Do you agree with Leonard Cohen that what you want in later life love is someone to “have dinner with, sleep with from time to time, telephone every day…” Is this satisfying for you?  Let us know what your ideal relationship is if you no longer have to worry about raising young children and have some independence in your decisions…