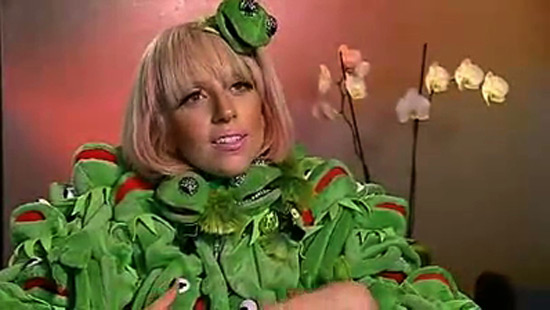 It seems the star wants to ditch her celebrity lifestyle, with the constant media attention, high stress, in favour of something more down to earth.

According to Gaga, family and schoolmates gave her little to no attention during her childhood. This, she says, left a void in her; a lifelong craving for the spotlight.

“As a result, well I suppose I just felt this powerful urge, this suppressed need to be seen—to be heard, to be the constant centre of attention.”

“And now that I’ve  experienced that for a few years, released a handful of top albums… I guess I just feel satisfied! Totally satisfied with myself. With all the pressure and tension that goes with being a top celeb, constantly in the media, I’m quite happy to be stepping out of the limelight actually!”

The performer has now received just the right amount of affirmation and attention to be satisfied, she says, and wants to turn her attention now to humbler pursuits.

She reveals she has recently re-kindled her childhood love-affair with pottery.

“Just plain, gritty, unglazed pottery!” She laughs. “There’s something so comforting about it, being close to the earth—without any glitz or pretentions!”

According to the star though, fans will still be able to follow her (now pottery-based) exploits on her twitter.