Just Sit and Take It? 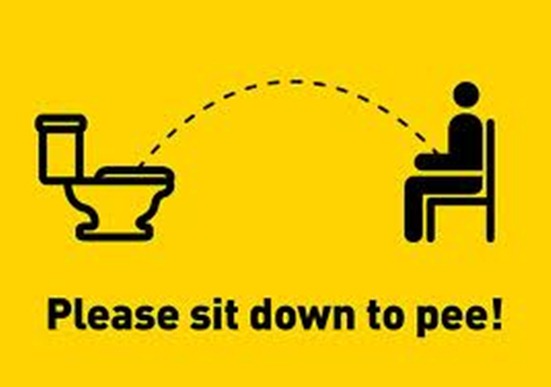 Believe it or not, a handful of Swedish politicians are currently pushing to make urinating while standing illegal, in all public restrooms. Right across Western Europe.

The members behind the movement argue that if men are forced to pee sitting down in public urinals, men as a whole will be quickly transformed into creatures infinitely more sanitary and compassionate. With pan-national chauvinism plummeting accordingly.  They say they hope to see sitting-only bathrooms become the norm across western Europe within a few years.

Stand Up for Your Rights?

The movement has its critics though. Professor John Gammel of The University of Louisville contends that forcing men to sit peeing down won’t stop men from unsanitary behaviours, and may even make things worse, or as Gammel bluntly puts it—

“…no man wants to shake himself off whilst remaining seated on the toilet!”

And others are increasingly joining him in opposing the ban. Brings a whole new meaning to standing up for what you believe in!

Is Sitting Better for Your Prostate?

The question of political leanings aside, some medical experts now believe that sitting down to pee may be better for your prostate health, as it’s apparently a more effective way of emptying your bladder.

Others are more sceptical, arguing there’s no real statistically significant evidence linking the practice with improvements in prostate health.

Some men however seem to be converts already. See video below for Seinfield co-creator and writer Larry David’s position on the subject:

Is this just more Euro-craziness, or do they have a point? On a related note, how’s your prostate health? If your sleep’s increasingly interrupted by bathroom visits, do yourself a favour and check out www.prostatepower.co.nz, today.