Julia and the Dimmer Switch 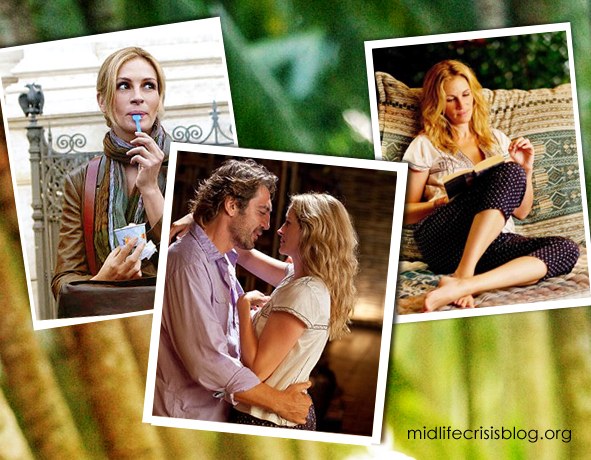 Julia Roberts bravely scoffed her way through eight slices of pizza at eight in the morning to get just the right take for her new movie Eat Pray Love, the tale of an American divorcee rediscovering herself in Italy, India and Bali.

“I think I put on about seven pounds [three kilograms] in Italy. But I loved every pound of it,” she told Sydney Morning Herald interviewer Amy Longsdorf.

“Everyone said, ‘Oh, it’s going to drop right off in India,'” Roberts says. “But I didn’t get that memo. That didn’t happen.”

However like her character in the movie, Roberts firmly believes that members of the opposite sex don’t care how many pounds a woman carries. “That’s what dimmer switches are for, people,” she says, with a giggle.

Roberts admits even before she was cast for the movie’s lead role, she was fascinated by author Elizabeth Gilberts’ post-divorce journey during a year of “finding herself,” and she isn’t the only one.

Since its 2006 publication, the book has become a sensation, selling 8 million copies in the US alone.

Now a trail of depressed American women are beating a path to Bali medicine man Ketut Liyer’s door for palm readings after his “guest appearance” in the book.

And while some of the 50 people a day who pay for a consultation are suitably awed by the 95-year-old healer’s insights  others experienced more of a reality check..

One venturer’s request for an answer to his “life’s purpose” was greeted with laughter and a rejoinder that he was very smart and could work it out for himself. Ketut then shuffled off after announcing “I have to make pee now very sorry. You understand pee?”

Given that the nonagenarian was reported last month to have been admitted to a Bali hospital for bladder surgery, maybe he needs more of his own medicine.