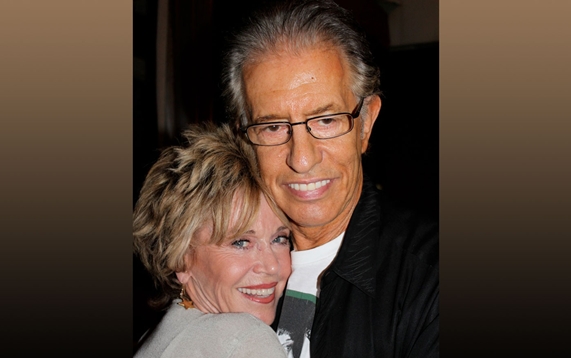 Oscar and Emmy winning actress Jane Fonda (74) confesses in her second-half of life story Prime Time that she “felt like a leper” for two years following the end of her second marriage (to Tom Hayden) at 51.

“I looked forward and saw no future beckoning. . .  I had a nervous breakdown. I couldn’t eat or speak above a whisper or move quickly. I was in free fall. Everything I had relied on for self-definition – marriage, career – was stripped away and I hadn’t a clue who I was or what I was supposed to do with my life.”

The marriage to Ted Turner which ended after ten years at the age of 62 – was like “letting go of a trapeze without a net under one,” she says.

“I had been married – to one man or another – for most of my adult life and had drawn my identity from men. The very thought of going it alone filled me with profound dread.

But Fonda says she realised she had “entered her last act” and time was short.  “You can die married and safe, sure, but you won’t die whole and you will regret it.”

She went from “twenty three kingdom size properties and a private plane that could sleep six to a small guest room with a closet” in daughter Vanessa’s house.

Three times married  Fonda might have a titanium knee and an artificial hip but at 74 she’s as feisty as she was in her younger years and – she says – much more positive.

Love in the Third Act

She’s confessed in the past she was celibate for six years after the marriage to Ted Turner ended, but is now in a relationship with music producer Richard Perry which began “when I was certain I didn’t care anymore and wasn’t looking…”

Fonda says like many couples who get together later in life, she’d known Perry when she was younger but hadn’t seen him for twenty five years.

“I recalled his house “perched atop a hill overlooking all of Los Angeles, with a pool and a tennis court and tastefully decorated in an Art Deco style. (He still lives there  . . .  and now so do I, much of the time.)”

Fonda quotes Terrence Real in The New Rules of Marriage which is loaded “companionship as well as the lover relationship – the kind of passion, attention and emotional closeness we associate with the early stages of a relationship – onto marriage and expect it all…”

1)      Reclaim romantic space (easier once the children have left home)

Have you been in a relationship for longer than ten years and still feel excited about it?  How do you keep the energy bubbling? Any secrets you’d like to share about how to maintain a loving relationship into the second and third decades? We’d love to hear your thoughts.