Is Booze Hurting Your Relationship? 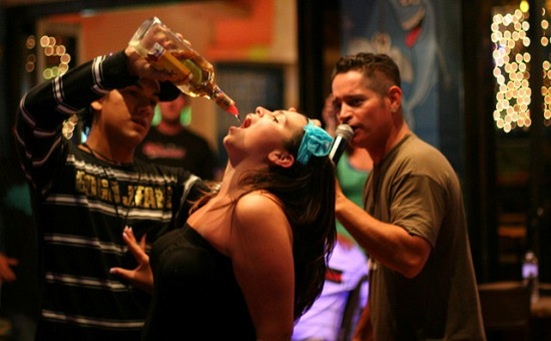 New research suggests the term ‘Happy Hour’ may be a bit misleading, unfortunately. At least so far as your romantic relationships are concerned.

The research, published by Alcoholism: Clinical & Experimental Research, found a link between the amount of alcohol consumed and the probability of divorce. Almost twenty thousand married couples were studied, linking one or both partner’s alcohol use with psychological distress factors such as stress, loneliness, depression and anxiety. The couples were then followed up on again fifteen years later.

And surprise surprise, heavy boozing was linked with an increased risk of marriage breakup.

Drinking and Divorce: Hand in Hand?

The fact that divorce rates were even higher when only one partner drank heavily suggests that it’s not just the drinking, it’s the nature of the drinking. One factor may be that at-risk drinking habits are more likely amongst less social drinkers, especially solitary drinkers. It’s also possible that significant differences between partners’ drinking habits may indicate less time spent together, or even general lack of communication.

Either way, it’s not good news!  And of course, there’s plenty of scientific evidence linking excessive alcohol consumption with erectile dysfunction too, in case you needed extra convincing!

Do yourself a favour. If you or your partner think drinking may be causing relationship problems, do something about it sooner rather than later. Pretending the problem doesn’t exist or else just quietly stewing away won’t solve anything. Your best bet is to seek quality counselling services at the earliest convenience.

What Do You Think? In the study above, was booze alone responsible for the relationship troubles? Or is it just an exacerbating factor for already troubled marriages? Let us know your thoughts, we love to hear your opinions.