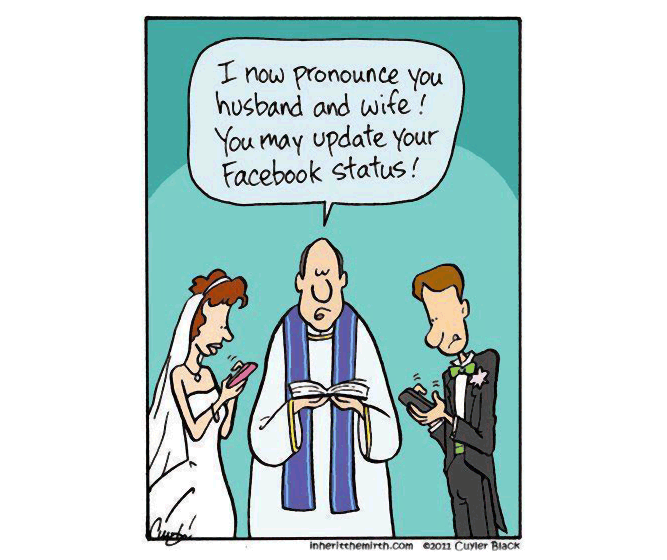 Do you want to be your partner’s Facebook friend?  Want to know his or her every move through the day so when he or she comes home there’s nothing to talk about – you already know it all?

Or is it wiser to not be friends with him on Facebook – and preserve some mystery and excitement by not letting him or her know exactly what you are doing and thinking every minute of every day?

The popular view in the past has been its good for couples to be Facebook friends because it gives full transparency between you and neither needs feel insecure about what might be going on behind their back.

Do You Need More Mystery? 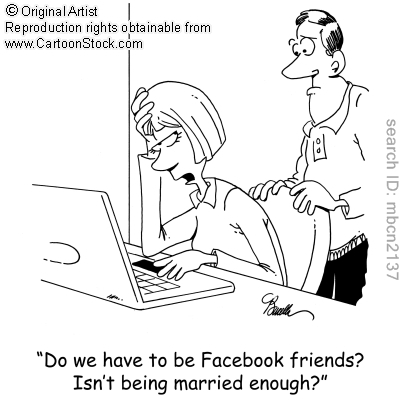 A New York psychotherapist who specialises in working with couples says many people are increasingly having “side by side” conversations and technology is getting in the way of communication rather than improving it.

Getting off Facebook can put a spark back into things, he suggests.

Ian Kerner from Good in Bed reckons couples are having too many side-by-side conversations — rather than direct face-to-face ones – because often when they meet they’re also on their phone as well so they are only partially present.

He says some of them may be having their first real, genuine fact-to-face conversation in a long time when they go to therapy. 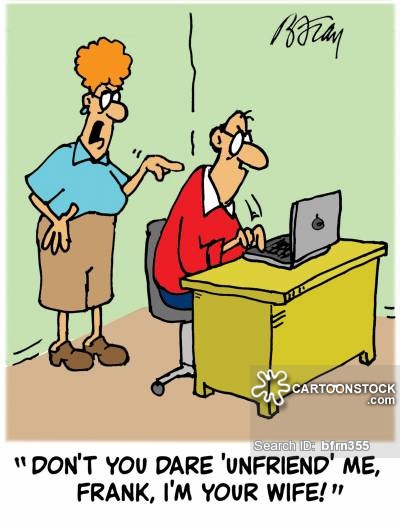 Kerner admits he was only briefly on Facebook himself – he soon deleted his account – but while he was there he decided to “unfriend” his wife and says it is something he recommends couples do because it can significantly improve their relationship.

“There’s something about being in a relationship where you want some unknowingness and some unpredictability,” Kerner says. “I didn’t want to know she was having her third coffee of the day.”

According to the Pew Research Center, 25 percent of cell phone owners in a marriage or partnership have felt their partner was distracted by their cell phone when they were together, and 8 percent had arguments over the amount of time a partner was spending online. 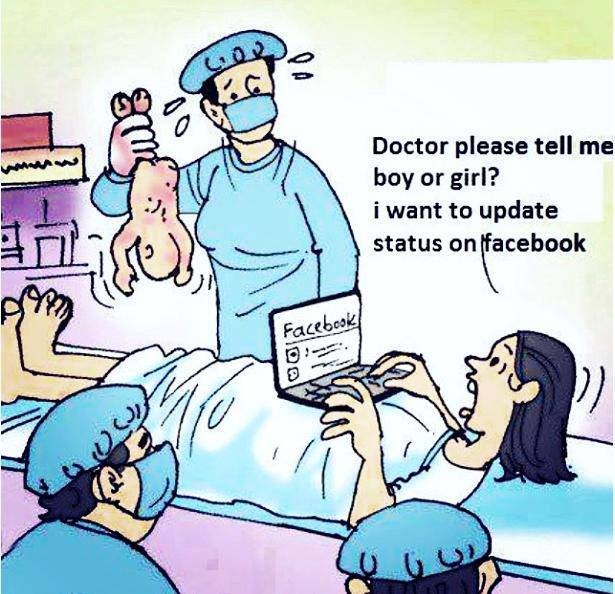 A whole new etiquette guide is needed to negotiate the new world of social media.  Here are a few simple guidelines – things not to do if you want to retain friends and lovers.

Are you the kind of person who checks their phone will talking to their partner or leaves their phone on the dinner table during a date?

Then you’re guilty of p-phubbing. Phubbing is the act of snubbing someone in a social setting by looking at your phone and p-phubbing relates specifically to when you ignore a partner one while doing so.

Researchers have now found that p-phubbing can leave your loved one feeling and even depressed and anxious.  The term phubbing was coined in 2013 – a combination of ‘phone’ and ‘snubbing’, the additional ‘p’ stands for ‘partner’ and was added by researchers from Baylor University.

Led by business professor James Roberts, a team from Baylor University in Texas surveyed 145 men and women in relationships.

Each participant was presented with a series of statements and was asked to rate them on a scale of how often they experienced them.

The results found that p-phubbing had a direct impact on relationship satisfaction across the board, and were most pronounced if the person was already an anxious type.

FOMO is very easily generated by both Facebook and Instagram posts of friend’s gorgeous exciting lives while you are stuck doing data entry and getting the bus home to the cat.

Here we are cycling in France, or relaxing by the pool in Maui, with a photo spread to rub it in. Don’t fall to the level of posting false updates to try and make your life look more interesting!!!  Just remind yourself it’s a false picture being presented, and no one wants to be real and vulnerable on Facebook.

Always remember you’re leaving a permanent record in cyberspace. Do not conduct any private or intimate conversations – or post pictures of that nature – on FB or Instagram. They will be there forever to haunt you when you have long ago moved on from the circumstances that caused that particular little rave.  You have to be very careful about what you say about others as well.

Even seemingly historic events can cause red faces.  Like having a family member speculate on a Family Reunion Facebook group about long dead grandfathers and uncles – who the father of this one really was, whether another had been responsible for his sister’s suicide – all without realising she was posting it publicly, not as a private message.  Although the parties under discussion were long dead, their grandchildren were alive to read what was wild speculation which could have caused deep hurt. Luckily in this case we could delete as soon as the gaffe was realised.

For many Instagram has replaced Facebook as their favourite medium, but this can open up even more relationship tension if your beloved is not keen on having his or her picture everywhere with soup down their front, or when they’ve just got their wintry white flesh back into a swim suit, or they are up a ladder with paint in their hair.

Ian Kerner relates the story of a couple who came to him with problems which included the wife being on Instagram so much the family nicknamed her ‘Paparazzi’. Things came to a head when they were on holiday and they had a huge fight over eating their ice creams – she wanted her husband to wait to eat his while she dithered around getting the perfect picture. (You can imagine it all starting to melt over his hand which she organised herself.)

I can recall finishing the Central Otago Rail Trail cycling trip with a group of friends, one of whom wished to stop at a shop to buy an ice cream to celebrate. She was told by another in the group that no, that wasn’t time for her to do that because we had to return to the trailhead to be photographed by the signage to prove we’d “done it.”

Most relationship experts will tell you it’s important to be upfront and honest about your status updates if you are going to preserve your marriage or key partnership. If you are married, set your relationship status to Married and keep it that way. It’s good advice to make your partner or spouse the topic of positive status updates at least once a week.

Using Facebook to affirm and build up your spouse creates a deeper bond between the two of you, and a higher fence around the two of you.  (Just be careful not to overdo and become an annoying couple.)

If you are in an exclusive relationship that hits a few bumps do not go on Facebook and change your status to “It’s Complicated It’s an open invitation for trouble, and you don’t necessarily want you mother-in-law, partner’s siblings or boss to see it either.

Bloomberg News reports a study which showed couple who most positively and publicly announced they were “an item” had the best chances of remaining together six months later. The researchers concluded the publicly posted cues encouraged the couple to see themselves as a unit and cemented their relationship.

However you decide to manage your Facebook relationship with your nearest and dearest, there are two handy bit of advice to help ensure it will help support you love and communication, not destroy it.

Firstly, discuss any online issues off line.  If anything arises that does make you feel upset or uncomfortable, don’t use online sources to air your problems.  Take your partner aside in a relaxed situation and discuss it.

And secondly, Ian Kerner suggests having some periods now and then when you “detox” from all social media. Find a place to escape to where you can turn off your phones and other devices and devote your attention entirely to shared leisure activities. You’ll come back refreshed and invigorated and your togetherness will be all the better for it.