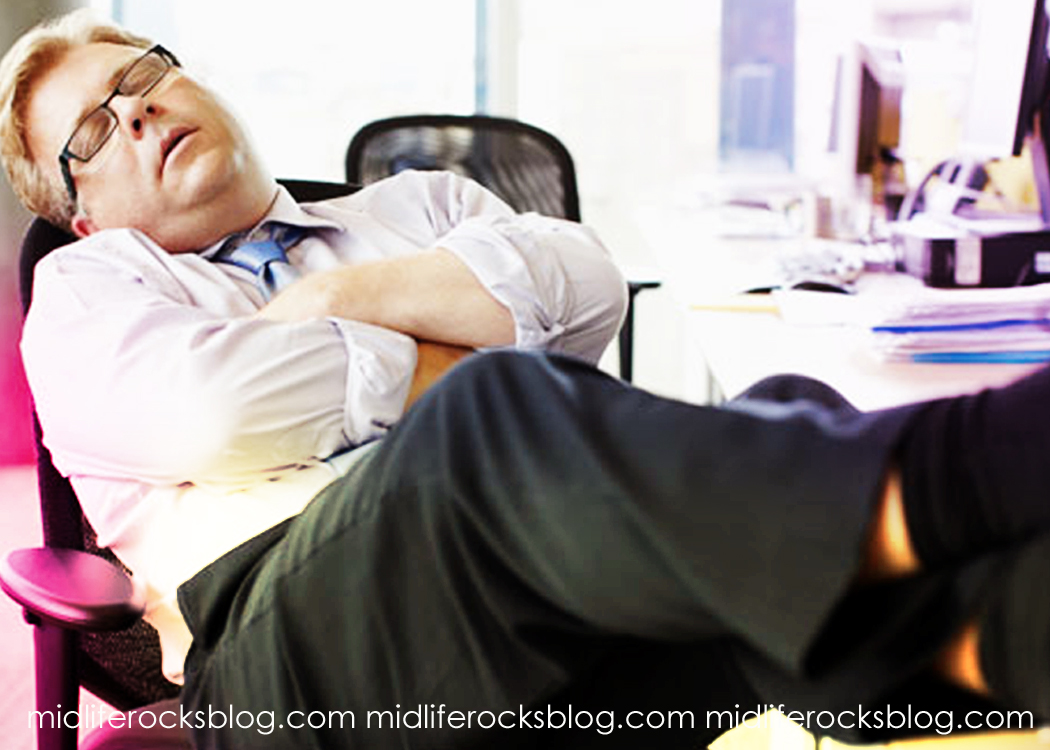 Otherwise known as taking forty winks or ‘Caught Napping’ …… It has such a negative connotation doesn’t it – taking time out for a quick snooze…. It proves you have got the mojo to make it…

So it’s great to see a whole-hearted case being made for the art of napping at The Art of Manliness. As bloggers Brett and Kate McKay note, napping is frowned upon in our workaholic Western culture.

Naps are for the lazy and unambitious. Or for retirees with plenty of time on their hands – the so-called Nana Nap. However as they point out, famous thinkers and leaders like Edison, JFK, Churchill, and Napoleon were all ardent nappers.

Save Your Heart! Citing a lot of evidence from napping expert Dr Sarah Mednick’s book Take a Nap! Change Your Life, they say the proof’s in the pudding.

A study done with Greeks found that those that took a 30 minute nap at least three times a week had 37% less risk of dying from a heart-related condition.

Among working men their risk of death was reduced 64%! A NASA study found that a 40 minute nap increases alertness by 100%. Other studies have found that a 20 minute nap is more effective than either 200 mg of caffeine or a bout of exercise.

Yet another study showed that pilots who were allowed to take a 25 minute nap (while the co-pilot manned the controls!) nodded off fives times less than their nap-deprived peers. They also made less errors during take-offs and landings.

According to Dr. Mednick, the perfect nap for everyone is 90 minutes long and taken between 1 and 3 in the afternoon. At this time, and at this length, your nap will consist of the optimal balance of all the different sleep stages.

The ratio of the sleep stages in this nap exactly mirror that of nocturnal sleep. But of course, not everyone has an hour and a half to saw off during the day.

And sometimes you want to tailor your nap to your particular needs on a particular day. However you do it, don’t be guilty next time the urge comes to take a nap! Just do it.

What Do You Think? And let us know about your experiences with napping. Do you nap regularly and if so, how do those near and dear to you react? We’d love to hear your experiences.