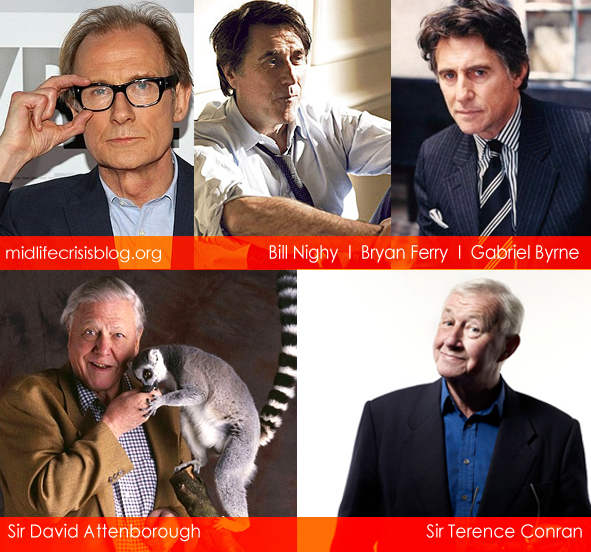 They think they will never grow old. In their own heads they are permanently 37. They’ll do what they want until they fall down. They can look in the mirror and ignore all evidence to the contrary.

They are cool, soigné, well groomed, well dressed. They worry about their health, and the environment, but not to a boring degree. They ride a Norton motorbike. They’re very hard to pin down, age-wise.

As London’s Independent newspaper noted in a feature on “Silver Swingers”, these men are the children of post-war rock’n’roll, growing up in the Forties, Fifties and Sixties. They missed World War 2 and are probably the most fortunate generation in history.

Their early role models are still pushing their luck. Mick Jagger, the Chanticleer of rock for 45 years, is an astonishing 67 in July. It’s more than a quarter-century since he memorably said: “I don’t know of any rule that says you can’t be 40 and stay up all night.”

Leonard Cohen, the gravelly bard of love and enlightenment, is the most lionised figure of the musical year, making young women tremble at his 73-year-old baritone.

Neil Young, 64, knocked the crowd dead at the Hop Farm festival – 16-year-olds loved him – and has directed a documentary of his old pals/adversaries Crosby, Stills and Nash touring with him, playing songs from his Living with War album.

Radio producer Nick Baker (56), author of Groovy Old Men: A Spotter’s Guide, says  age is a state of mind. “There is no question that an older generation is in its ascendancy and older men are able to enjoy themselves in the bedroom. Because of Viagra, which looks after the mechanics, it’s now about choice. Age no longer matters”.

“They have a huge back catalogue of film, music and style references and like to pick and choose — they love Amy Winehouse and see her as the new Dusty Springfield.

“Not trying too hard is the crux. If you are, then you’re definitely not a Groovy Old Man.”

Technology has proved a great age-leveller, says David Hepworth, co-founder of magazine The Word, a favourite of Groovy Old Men.

“One of the reasons older men have proved so influential in music in the last 10 years is that, whereas the word used to be on the street, it’s now travelling digitally, and a middle-aged man with full access to communication technology can know as much, if not more, than his kids.

“The early adopters of the iPod were blokes of 40 and over. It trickled down to the younger generation a lot later. Wherever there’s a cool toy, there’s a middle-aged man trying to devise a reason why he needs it.”

Philosopher AC Grayling (59) told the Independent people “used to think that when they got to middle age – which used to be about 40 – they had to behave a certain way.”

“I think that’s gone, because those of us who were groovers in the Sixties, and kept on grooving, haven’t wanted to grow up and become staid and set in our habits. We’re trying to repudiate the idea that you have to think in a certain way just because the chronology dictates.”