George And His Women 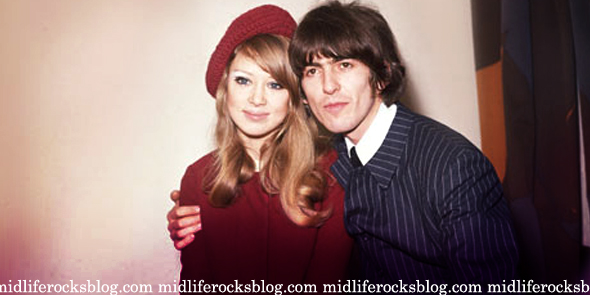 Martin Scorsese has been at it again. This time accessing previously unseen private letters, home movie footage and intimate personal recollections of George Harrison to radically correct public perceptions of “the quiet Beatle” in a new documentary.

A report in Britain’s Observer newspaper discloses Harrison’s widow, Olivia, struggled to keep the relationship with her wayward husband on track.

According the report of the documentary Living in the Material World, the self-confessed “dark horse” Harrison, the stylish hippy of popular perception – had a caustic wit and a talent for deep friendship as well as an abiding obsession with his music.

Olivia Harrison, who produced the film with Scorsese, reveals that, although she and Harrison “seemed like partners from the very beginning” and shared a strong interest in meditation, their marriage survived a series of “hiccups”.

“He did like women and women did like him,” she says. “If he just said a couple of words to you it would have a profound effect. So it was hard to deal with someone who was so well loved.”

By the end, when her husband was ill, she was glad that they had “worked this through together. Through all these things that came between us.”

Eric Clapton admitted he fell in love with Harrison’s first wife Pattie Boyd, describing how he confessed to his friend, “who was very cavalier” about it, almost giving him “carte blanche”. Clapton adds: “To be honest there was a lot of swapping and fooling around.”

Harrison’s widow says that his most important relationships were conducted through music and recounts that some of the lyrics to the song I’d Have You Anytime, written with Bob Dylan, were addressed to Dylan himself, whom Harrison felt had retreated from their friendship.

George Harrison: Living in the Material World is released on Blu-Ray and DVD on 10 October and will be broadcast by the BBC later in the year