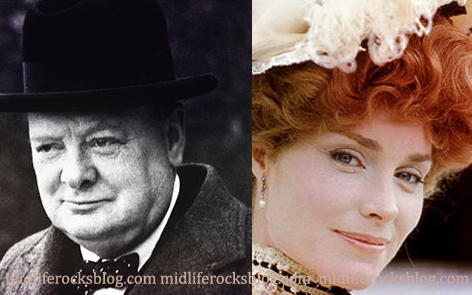 Most of us know the famous putdown (supposedly) delivered by Sir Winston Churchill to the acerbic Lady Astor.

Nancy Astor is said to have been at a weekend party at Blenheim Palace hosted by the Duke of Marlborough (Churchill’s cousin). The two notable wits were at each other’s throats all weekend.

As the story goes, Lady Astor said to Winston: “If you were my husband, I’d poison your coffee.” And Winston is supposed to have retorted: “My dear, if you were my wife, I’d drink it.”

The only problem is that it’s apocryphal and unlikely to have ever occurred between this prominent pair. The same exchange was attributed to an earlier Prime Minister, David Lloyd George who supposedly said it to a woman suffragette.

Look around the web and you’ll even find this taunt attributed to Hillary Clinton and Arnold Schwarzenegger as a netlore joke.

It’s yet another example of the old journalistic adage “never get the facts get in the way of a good story.”

Take the supposed retort of another British aristocrat, Margot Asquith.  When the Countess of Oxford and Asquith met Jean Harlow, the Hollywood actress kept pronouncing the ‘t’ at the end of Margot’s name.  Asquith eventually grew so tired of this that she said, “My dear, the ‘t’ is silent, as in Harlow.”

Except in reality it was another English celebrity, the actress Margot Grahame, who apparently made this remark, and at the time she didn’t intend it to as an insult.  As Grahame’s star waned, the story was recast with a more famous protagonist.

Attributing a witticism to someone more famous seems to be something we like to do to enhance the punch.

Take another of the purported famous exchanges that Lady Astor and Churchill. Said Nancy Astor: “Winston, you are drunk.” To which Churchill is said to have responded, “And you, madam, are ugly. But I shall be sober in the morning.”

Churchill said it, that part is correct, but he was talking to Bessie Braddock, a Labour Member of Parliament.