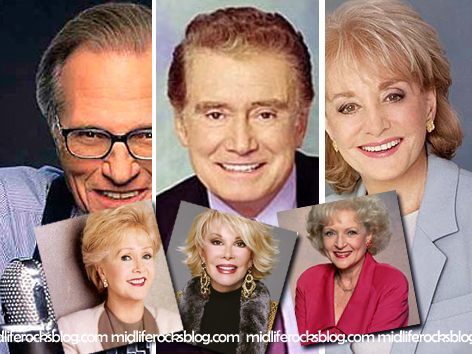 First it was Larry King, and now Regis Philbin has announced he’s finishing on Live With Regis & Kelly – an announcement that caught many by surprise. The longevity of his career lulled fans into believing the 79-year- old wasn’t going anywhere.

But as Third Age has reported, Philbin is one of several high-profile personalities well north of 70, or even 80, still on the public’s radar.

But unlike Philbin, most of them—like these eight—don’t appear to have retirement on their calendars:

Included in the Third Age slideshow