Deal Breakers To Be Broken 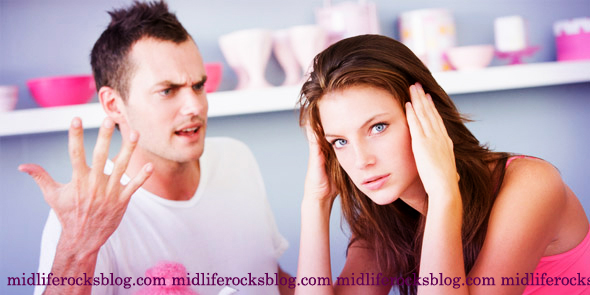 You can’t live past 30 without experiencing the “deal breaker” that’s just made to be broken.

The relationship that breaks up because one partner – usually the man – doesn’t want children. Two years later he’s changing nappies and whinging that his new partner “tricked” him by getting a surgery to increase her chances of getting pregnant while he was away on holiday unawares.

Just as irritating are the changes some lovers make when they move on.  I became a vegetarian during a ten year relationship/marriage but conscientiously cooked “meat and three veg” for husband and stepson as a priority before turning my mind to scratching something together for myself.

No sooner had we split than the now ex-hubbie had gone vegetarian and made a big drama of picking the bits of ham out of an omelette at his son’s 16th birthday lunch – while complaining just enough to spoil the occasion about restaurants that didn’t cater for vegetarians.  (Of course by this time I have added fish to my diet.)

The Sydney Morning Herald’s Samantha Brett came up with a few other irritating examples of these kinds of deal breakers to be broken in a recent Ask Sam column.

There’s the single woman who breaks up with a man because she wanted to move to Europe with him but he wouldn’t go. So she went on her own, but soon came back.

Two years on she’s discovered he’s living in Italy, happily dating an Italian model and is about to open up his own restaurant there.

Another woman dumped a dude due to his lack of willingness to do any exercise. Years later he’s now running marathons and she’s struggling to get rid of her post-pregnancy baby weight.

I guess the lesson to take from all this is that people do change, but also that the issue they are presenting as a “deal breaker” in the relationship may not be the real problem, even if they themselves believe it is.

I think the other is not to take it all too personally. Just because he said he didn’t want kids with you, and then went off and had them with someone else doesn’t mean he thought you were likely to be an awful mother …   it’s probably just an issue of timing.

Truth is you’ve probably undergone similar changes.  I never enjoyed running as an exercise when I was married to a man who ran marathons. We never attempted to exercise together, it just wouldn’t have worked. Thirty years on after years of “reluctant” running I discover I actually really enjoy it and I’m contemplating doing a half marathon.

Health issues meantime have stopped him from running for the last decade. Oh the irony!

Have you experienced the broken deal breaker – or have you pulled it on someone yourself, without meaning to? We’d love to hear your experiences.