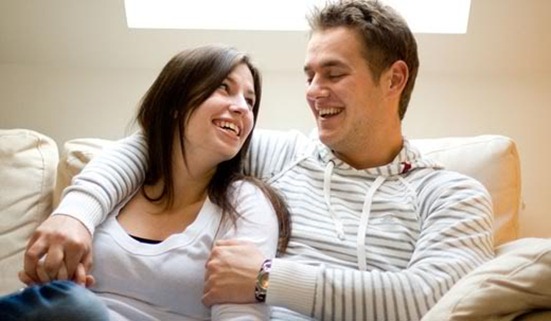 Cosying up on the couch is great for your sex life – but  not immediately. New research shows the actual cuddle leads to sex in only one out of six times, but couples who cuddle a lot also report having better sex lives.

And that’s not news to relationship counsellors who understand the best sex happens when couples feel close – and for women communication and closeness is an important part of feeling attracted sexually.

Cuddling, it seems is “nurturing and non-sexual.”

The latest University of Michigan study with 500 couples found the typical cuddle is intimate, physical, loving, and usually lasts about 45 minutes.

Says researcher Dr Sari van Anders: “Men and women reported feeling nurtured, protective and relaxed after cuddling and rarely mentioned sex when questioned about what they did or felt during cuddling, but talked about love, intimacy, closeness and comfort.”

For those who chat while cuddling, the most common topic is what they have done that day.

The study, reported in the journal Archives of Sexual Behavior, also found that couples typically cuddled about eight times a week.

They were most likely to cuddle while watching a film or TV, followed by talking, having a massage, listening to music or reading but only one in six said sex was likely to follow.