Coffee: Good Or Bad For Testosterone?

Coffee has been shunned by high performance athletes and body builders because they’ve believed it decreases testosterone.

But after the International Olympics Committee eased its ban on coffee a few years back, a New Zealand study showed quite the opposite.

Professional Rugby players given caffeine supplements an hour before lifting weights showed greater levels of testosterone after a power training session than team members who did the power training without caffeine.

(Three 8 oz cups of coffee would give you a total of around out 250 mg of caffeine, so the Rugby players were getting three times that.)

A 1996 study reported on Livestrong found that the women who drank the most caffeine-containing beverages — equivalent to more than two cups of coffee or four cans of caffeinated soda daily — had the lowest levels of testosterone.

While men’s bodies need a lot more testosterone and produce about 20 times the amount women do, the sex hormone is important for both sexes.

In men, it helps increase bone density, improve muscle mass and strength, assist in red blood cell production and play a role in sperm production and sex drive, while in women it plays an important part in sex drive.

Men with low testosterone levels have been found to be more prone to be overweight and suffer from diabetes.

Blood insulin levels rise if you eat sugar, flour, grains, cereals or starches (basically high carbohydrate foods).  You are also likely to have high insulin levels if you have a big waist; for men that means a waist greater than 37 inches (94 centimetres).

Two Or Three Cups No Harm 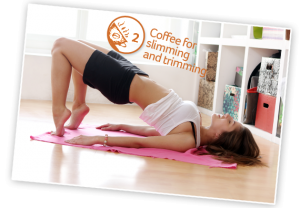 Now a new study published in Nutrition Journal tends to throw doubt again on how much coffee influences testosterone levels.
It found little or no difference in either men or women’s testosterone levels after taking coffee, though the study was small and was criticised for its lack of scientific rigour.
It seems you can drink two or three cups of coffee a day without worrying about lowering your testosterone levels, with one important proviso: don’t put sugar in it.

Because many men consume sugar all day long in sweets, pastries, and  soft drinks, they are probably suffering from artificially suppressed testosterone levels at the same time.

Testosterone levels naturally begin to fall once a man passes 50 years of age, but many younger men are suffering premature testosterone deficiency, which is affecting their quality of life.

How To Increase Testosterone Naturally

Some active steps you can take to improve testosterone levels:

Ten Cups About Seven Too Many

As for that morning coffee?  As long as you take it without the sugar and doughnuts, two to three cups a day will do no harm. If you get up to 10 cups a day then consider it excessive.

High amounts of caffeine can lead to insomnia, accelerated heart rate, tremors and anxiety and can contribute to fibrocystic breast disease and menstrual disorders in women. If you are pregnant or have heart disease or stomach ulcers, you should reduce or avoid caffeine.

Dose effect of caffeine on testosterone and cortisol responses to resistance exercise.