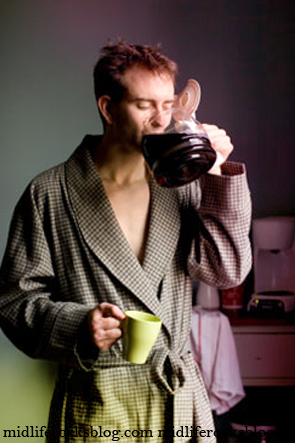 Is coffee a beverage that is good for men’s health, or is it harmful?

When it comes to prostate health, coffee and the caffeine and other components it contains can be troublesome for men who have BPH, (benign enlarged prostate) but if your concern is prostate cancer, coffee and caffeine appear to be safe for now, according to recent studies. In fact one study found a decreased risk of prostate cancer in coffee-drinking men.

If you can develop a taste for it though, green tea is probably a better bet as a healthy beverage.

According to a report in the Huffington Post, for men who have benign prostatic hyperplasia, drinking coffee can be detrimental, because the caffeine can stimulate an already overactive bladder, which means it can increase urinary frequency and urgency and may even result in urge incontinence.

The caffeine works in a couple of ways – as a diuretic – that is it increases how fast urine is produced, which means your bladder fills up faster, or through active ingredients that cause irritation.

(The good news about tea is that it contains about half as much caffeine as does coffee, and green tea contains even less.)

Several studies have explored the impact of coffee on prostate cancer. According to the results of recent research conducted by Dr. Chang-Hae Park from the National Cancer Center in South Korea, there is no association between prostate cancer and drinking coffee, but there is still some controversy.

Although the investigators found a significant harmful association between coffee consumption and prostate cancer risk in seven of the eight case-control studies, they also noted that the studies had severe limitations that affected the outcomes. They stated further prospective cohort studies are needed.

The journal Molecular Nutrition and Food Research published a study in 2009 in which researchers evaluated the impact of coffee and tea on prostate health. Investigators concluded that while coffee had no apparent relationship with prostate cancer, evidence from animal and in vitro studies suggests that tea, and especially green tea, is a healthier choice than coffee for prostate health.

Harvard researchers examining nearly 50,000 men and 5000 cases of prostate cancer over two decades found that men who had the highest intake of coffee had a 60 percent lower risk of advanced prostate cancer.  Researchers concluded there was no good health reason for men to give up coffee.