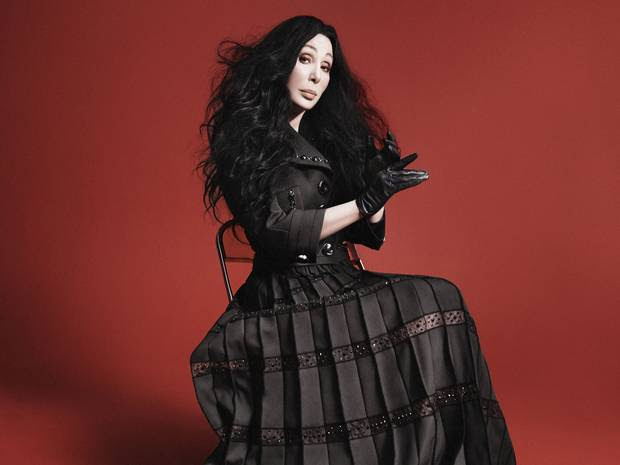 She turned 69 in May and she is still gracing magazine covers and fronting global fashion campaigns. In August she celebrated 50 years since her debut on the Billboard charts with the hit songs ‘All I Really Want To Do’ followed soon after by ‘I Got You Babe.’

As Billboard reported, in total, she’s earned 33 solo hit singles on the Billboard Hot 100, including four No. 1s. She’s also tallied 29 albums on the Billboard 200 chart. Her most recent album, 2013’s Closer to the Truth, marked her highest-charting solo effort ever, when it debuted and peaked at No. 3. Incredibly, she’s also earned a No. 1 single on a Billboard chart in each of the last six decades.

As the Daily Telegraph’s Belinda White reported recently, “Kim Kardashian blatantly wants to be her, Beyonce just loves to dress like her (on stage, at least), and Lady Gaga, well, she pretty much stole her whole act.”

Yes indeed. “Cher, the much adored Oscar-winning Hollywood legend, pop idol, age-defy-er and queen of high camp, never exactly went out of fashion, but the fact is, she’s more ‘in’ fashion than ever.”

White goes on to report that not only is she fronting Marc Jacobs AW15 collection, lining up alongside a galaxy of international models, she’s also featured on the cover of Love magazine’s Talents issue.

And she’s quick to let readers know her life was far from ordinary and hum drum from the get go.

“My mother was a model, and when I was little everyone my mother knew were artists, sculptors, singers, actors or other models. I had no idea there were regular people in the world because I never came into contact with any of them,” she told Derek Blasberg.

Along the way she’s broken the rules on aging by having plastic surgery and talking about it openly, wears short skirts, refuses the age gracefully and doesn’t pretend to be superhuman like Madonna.

A Platoon of Influential Fans 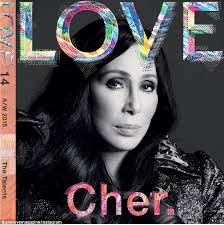 Though a Love cover may have seemed an inevitability given that editor-in-chief Katie Grand is a long-time creative collaborator of self-confessed Cher super-fan Marc Jacobs (who recently commented that scoring Cher for his campaign was “a dream come true”), in fact, Grand confesses to The Independent that she took her time to come around to Cher’s particular brand of fashion celebrity. Or perhaps, to put it more accurately, Jacobs’s abundant enthusiasm eventually spread.

“You know, when someone around you is obsessed, it begins to rub off…. Marc is, and so many people I know…and we’d already looked at her as inspiration for a number of collections.” 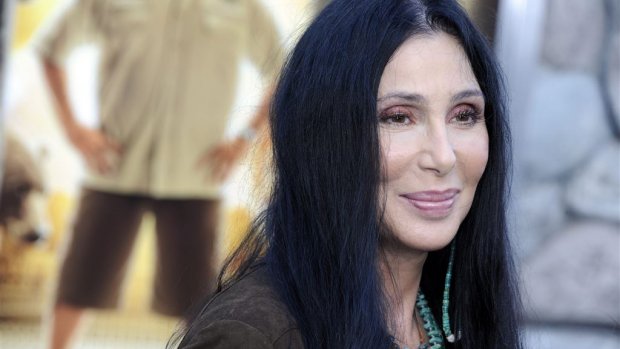 Cher does admit to Love that if there were one thing she would love to change it would be her age (“I’d like to be 44…Well, from 40 to about 44 were really the best…I thought when I turned 40 that would be it for me. I thought I’d be playing grandmother roles.

“But the year I turned 40, I played opposite Nick [Cage in ‘Moonstruck’] and he was 22… I was in the best shape of my life! That’s when I thought, I’ve snuck away from age and it’ll never come get me”).

Says White: “As 70 beckons, it’s refreshing to see that she isn’t hanging up her feather head dresses just yet.”