We know testosterone plays an important role in men’s sexual performance, and low testosterone levels are one reason some men face erectile problems as they age.

Natural production of testosterone declines by about 1 per cent a year from a man’s twenties, and by the time a man hits his 40s and 50s he will notice the difference. (That’s why supplements like Herbal Ignite have enjoyed good success.)

But women need testosterone too – and produce smaller amounts of it. It’s always been assumed the difference in testosterone levels was entirely biological.  But now a fascinating – though admittedly small – study has found that testosterone levels in both men and women increased when they were told to “act like the boss.” Social setting, it seems, does influence hormone levels.

Acting like they had power affected women’s testosterone levels more than men’s, but even men saw an increase, according to a Melissa Dahl report in Science of Us.

Testosterone is believed to influence the way men behave, with men who have high levels tending to act more aggressively than men with lower levels of the hormone.

Men produce ten to twenty times the testosterone women do, and higher levels are associated with higher sex drive and better sperm production.

The results showing when women simply act as they are powerful they can increase their testosterone levels by ten per cent raises questions about which comes first – the behaviour or the hormone believed to cause it.

Which Come First – Behaviour or Biology? 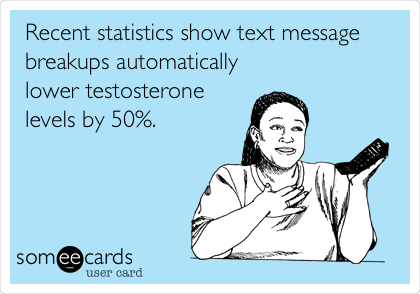 As Dahl relates it, to find out, researchers at the University of Michigan asked a group of men and women to perform a little scene in which they played the role of the boss, and the time had come to fire someone.

They did two variations on this scene, on two separate days. Once, they were told to get mean about it; another time, they were to fire the poor (if imaginary) employee with a little more compassion.

In this second scenario, they were told to “be nice” and were instructed to act as if they felt a little “unsure about what [they were] doing,” Sari van Anders, the lead study author, told HealthDay.

While small, the study does serve to poke a tiny hole in the “widely held idea that the sex difference in testosterone is the exclusive result of biological differences,” Robert Josephs, a University of Texas at Austin psychology professor, told HealthDay.

(Josephs was not involved in the study, but characterized the findings as “amazing.”) The social environment may play a bigger role here than was once thought.

Herbal Ignite for Him a Natural Testosterone Booster