Bad Boys Get The Girls 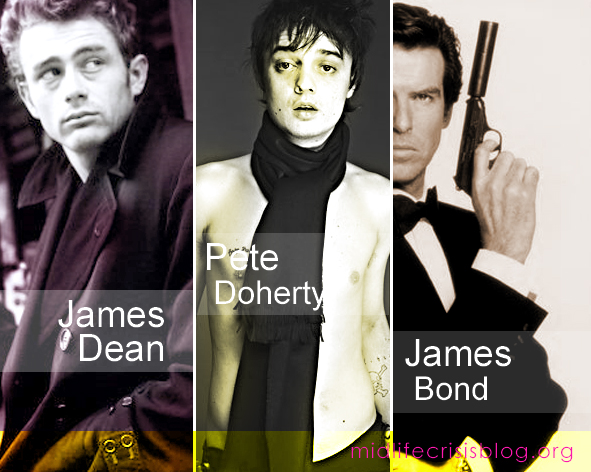 From James Dean to Pete Doherty – we already knew that bad boys seemed to get the girls. But now scientists are discovering the same thing: women might claim they want caring, thoughtful types, but what they really want is self-obsessed, lying psychopaths.

A study reported in Britain’s Independent newspaper has found that men with the “dark triad” of traits – narcissism, thrill-seeking and deceitfulness – are likely to have a larger number of sexual affairs.

Peter Jonason, of New Mexico University in Las Cruces, believes that these traits may have an innate, genetic component that explains why some men seem unable to stop themselves behaving badly.

The dark triad of traits are the self-obsession of narcissism; the impulsive, thrill-seeking and callous behaviour of psychopaths; and the deceitful and exploitative nature of Machiavellianism.

“We have some evidence these traits may represent a successful evolutionary strategy,” Dr Jonason told New Scientist magazine.

Many famous men – from James Dean to Pete Doherty – could be said to show elements of the dark triad of traits, but perhaps the best fictional example is James Bond.

The study subjected 200 college students to personality tests designed to rank them in terms of the dark triad. They were also asked about their sexual relationships, including their attitude towards brief affairs.

Dr Jonason said those with the highest rating in terms of the dark triad tended to have more partners and a greater desire for short-term affairs.

The dark-triad approach is one way of maximising a man’s reproductive potential by having sex with many females, while not bothering to stick around to help with the children.

“The strategy seems to have worked. We still have these traits,” Dr Jonason said.

David Schmitt, of Bradley University in Peoria, Illinois, surveyed 35,000 people in 57 countries and found a similar link. “It is universal across cultures.”