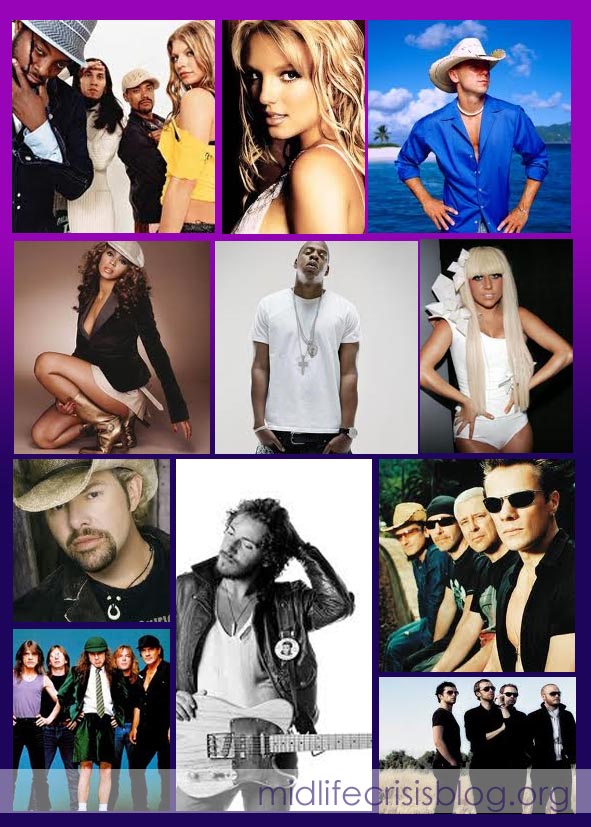 What does it take to become one of the highest-paid musicians of the 2010s?  According to a special Forbes report on top-earning music acts the secret to making the top ten earning list is “a career that peaked in the 1980s”

Nearly half of the artists that make up this year’s list of the top-earning music acts have been around long enough that they could have appeared on the soundtrack to Back to the Future.

That U2, AC/DC, Bruce Springsteen and Madonna could collectively make an estimated $372 million between June 2009 and June 2010–a little more than half of the $700 million that the top 10 acts in music brought in–highlights the way that the music business has changed over the last decade.

Apple‘s iTunes aside, few young consumers have shown that they are willing to pay for music that they can easily get for free. Album sales have plummeted by more than half since 2000, taking away a lucrative earnings stream for musicians and one of the ways that artists have traditionally broken through into the mainstream.

Acts that began their careers in the ’90s–back in the days when it was still relatively easy to make money from recorded music–round out the rest of the top 10.

Beyonce Knowles was named the highest earning female of the year, taking third place with a stash of $87 million, thanks to a world tour, sales from her House of Dereon fashion line and endorsement deals.

Beyonce’s husband Jay-Z also featured in the list, taking the sixth spot after raking in $63 million from record sales, a tour and his stakes in the New Jersey Nets basketball team, 40/40 nightclub chain and hit stage show ‘Fela!’.

Eccentric singer Lady Gaga was a new addition, featuring at number seven with $62 million earnings, thanks to CD and download sales, her ‘Monster’s Ball’ world tour and endorsement deals,