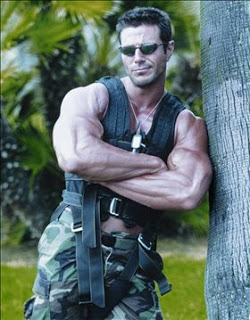 Young soldiers are three times more likely to suffer from erectile dysfunction than civilian men of a similar age, a study of US military personnel has found.

The rate of ED in the 36 to 40 year old age group was twice that of civilians of a similar age, according to University of Southern California research.

Study author, Sherrie L. Wilcox, research assistant professor at the University of Southern California’s School of Social Work in Los Angeles, said there was a clear relationship between sexual-function problems and quality of life and happiness, she said.

Only 12 of the men affected reported receiving treatment for their problems, the study found.

However the Pentagon released information directly contradicting the study.

“Our analyses indicate that fewer than 1 percent of males under 40 in the active duty force in 2013 would be classified as having erectile dysfunction,” Pentagon officials said in a written release.

The Defence Department said the results could have been skewed by men who had erectile problems self-selecting to respond to the online survey.

Those with depression, moderate to severe anxiety or who were sexual assault victims also were 10 to 13 times more likely to have ED or SD.

The researchers cautioned against concluding that conditions like PTSD, depression and other mental health conditions cause sexual dysfunction. But they added that there appears to be a “clear relationship.”

Worry About What Others Will Think

“Many of the reasons cited for not seeking treatment were related to social factors and concerns about what others would think,” Wilcox said.

Wilcox said the high rates of sexual problems among men in the military could be due to exposure to traumatic events during deployment, mental and physical health issues, and relationship problems with their spouses or significant others.

“Sexual-functioning problems are typically associated with increasing age, but those exposed to traumatic events and physical injuries are at risk for developing them, regardless of age,” she said.

The study is published in the July issue of The Journal of Sexual Medicine.

The aim of this study was to estimate the prevalence of sexual function problems in male military personnel, examine its effects on their quality of life and evaluate barriers for seeking treatment,

Wilcox said she hopes to do a longitudinal study in the future, with a larger sample size and perhaps one that focuses on women as well.

“This study is important in that it raises awareness for this problem and puts it on the radar of professionals who work with military personnel and their families,” she said.

“Sexual dysfunction in young military personnel is both an understudied and underreported problem, but it is not unique to the current generation of enlisted men.”