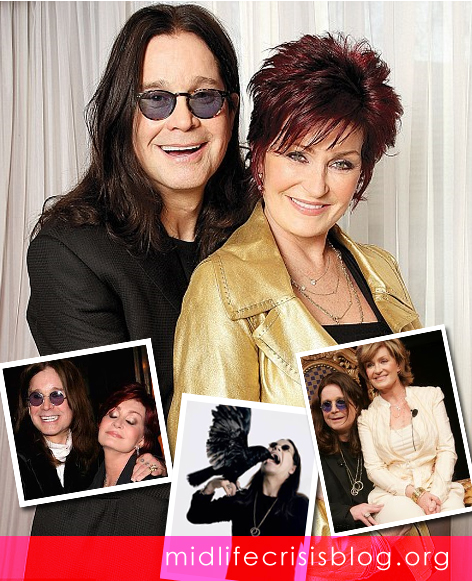 Ozzy Osbourne’s life as a hard living Black Sabbath lead singer has been anything but mundane, but it seems he shares a problem common for many less flamboyant men – taking antidepressants ruined his sex life.

Many of the men who seek help for erectile dysfunction are taking antidepressants – and many of them do not make the link to understanding that it is the “happy” pill which is killing their sex drive. Their doctors have also failed to mention it.

So it’s great that the rocker wrote candidly about his and wife Sharon’s sex life in his new health column in June.

Dr Ozzy Lets It all Hang Out

After four decades of drug and alcohol abuse it’s a medical miracle that the manic Ozzy Osbourne is still alive, so maybe that makes him qualified to give others health advice as Dr Ozzy in a new Sunday Times column.

And it was in one of his first Dr Ozzy columns that he let it all hang out on his love life.

“Anti-depressants are fabulous things… but they’ll play havoc with your meat and two veg (genitals). I’ve been taking them for years and what I’ve found is, I can do everything except the aftershow fireworks,” he said.

“So I end up pumping away on top of Sharon like a road drill all night.”

The former Black Sabbath star also admitted that using Viagra had failed to help the couple.

“I tried Viagra once, but by the time it kicked in, the missus was fast asleep. So it was just me and this tent pole in front of me, with nothing to do but watch the History Channel.”

One of his daughters once said watching her Dad try and stay off alcohol was more painful than watching him drink.

Now the Times reports his body is going to fully genome sequenced in the hope it will provide insights into the way drugs are absorbed into the body.

The first full genome was sequenced in 2003 after 13 years of work. Today, analysing a genome takes three months and costs about £27,000.

Before he reformed, Osbourne survived decades of substance abuse and bit the head off a bat while intoxicated on stage — he had to have rabies jabs afterwards. He has a genetic disorder similar to Parkinson’s disease, has been committed to a mental institution and broke his neck in a quad bike accident after which he was placed in a chemically induced coma.

Osbourne’s advice in his medical column starts with suggestions to a mother for putting her young son off cigarettes, including: “Throw some fag ash on his cornflakes.”

If you’re one of the men like Ozzy who’s been affected by antidepressants taking the bounce out of your sex life, you might be interested in looking into herbal alternatives which can help boost testosterone and mood to counteract the down side.  Most can be taken with your medication, and some like Herbal Ignite contain a herb which helps alleviate stress and so supports your emotional health as well.

Worth checking out? It could give you a new lease of life. Or consult your health  professional for alternatives to anti dperessants.